This is the first in a series of short articles giving you some suggestions of who to listen out for in 2013.

Paper Moon are from Winnipeg formed in 2000. They have recently been working on some new songs, with an expanded line-up that includes a combination of members from the last several years.

The band explain the new songs by saying; “The songs have become such that they don't exactly fit the Paper Moon ouevre, so we decided to start up a new project to house them. Please say hello to... September West”

The first September West song, 'Only for You' is available to buy or stream on Bandcamp and it is a pure delight. Shut your eyes and drift …… 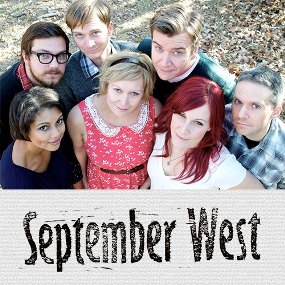