1. Madisyn Whajne - Save Our Hearts

What could easily have been a lost masterpiece emerged in the faltering final days of the very tail end on 2020, it is a triumph of resilience and perseverance. Bright and optimistic, and wholly engaging with a sound reminiscent of The Primitives/Darling Buds but with its own stamp of individuality with double tracked reverbed vocals strong enough to hold onto and swing from suspended over the jangling guitars.

The Courettes - Back In Mono

Davey Woodward And The Winter Orphans - Love And Optimism

The Electric Stars - Velvet Elvis The Only Lover Left Alive 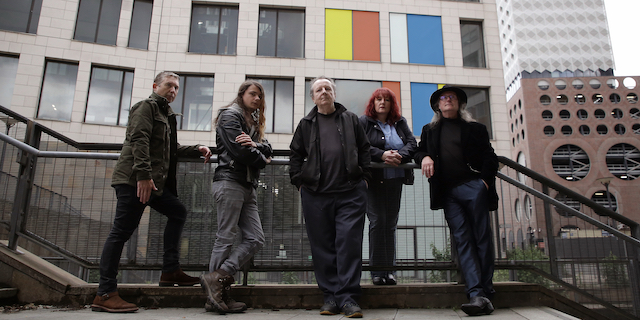 The Speed Of Sound have been part of Manchester’s underground music scene since their first release in 1989, independently mixing the D.I.Y ethos of punk with the experimentation of psychedelia to form their own distinctive exhilarating sound.' Museum Of Tomorrow' is their fifth album and the first to be released in partnership with Big Stir Records in California. Having received numerous glowing reviews including within the pages of Record Collector, Vive Le Rock and Shindig!, Museum Of Tomorrow can be ordered on vinyl or CD directly from the label and also from any record shop in the UK, US or Canada. John Armstrong The Speed Of Sound’s songwriter, guitarist and vocalist picks his top ten of 2021

The Speed Of Sound Museum Of Tomorrow is Here

Anyone who released anything in ’21 has achieved a massive success in appalling circumstances. There is plenty more that I could have been picked for this list, or might well have been included on a different day. I’ve excluded anything on Big Stir Records from this list despite the 19 superb albums they’ve released this year and also all of the other six artists that collaborated on Museum Of Tomorrow. I can’t really rank music, it is subjective and even that isn’t finite, it varies through the day but Save Our Hearts is probably the album I’ve listened to the most in 2021 so in it goes at No.1