I Am a Rocketship,  a duo, one Swede and one American, both fond of pop melodies, noisy guitars, electronic beats, and girl-boy harmonies, share their Top Ten albums of 2021

SERENA was completely unknown to us until she happened to pop up in a social media post. There’s confidence, directness, and honesty in her dreamy melodies, and if anyone in the underground community has “next big thing” all over them, it’s SERENA.

Emma Ruth Rundle is far from unknown, having made her mark as a purveyor of both huge noisy inde-delic albums and intimate, quieter music. This song and its hushed urgency stand out though, and simply cannot be ignored.

Talk about an enigmatic band. SDP are based in Tbilisi with UK roots, and channel as much from The Beatles as Sonic Youth in their wildly diverse songs. You like melody? This one will not leave you.

Yes, everyone, including your neighbor who doesn’t like “new” music, has sung the praises of this band. It’s deserved, by way of sheer head-spinning honesty and a hot-cold dynamic between deadpan vocals and furious guitar riffing.

A relatively mainstream release from a band that earned their accolades over a storied career. Don’t call it a comeback: their third, independently released album after a 20-year break is a banger, full of chilly nightmarescapes. Plus their drummer plays on our next release.

Guthrie’s past projects mean his every musical move is examined through a Cocteau Twins lens. Put aside your preconceptions and just enjoy a wash of music that is somehow dreamy but focused, deeply musical without following anyone.

What do you get when you combine drummer Victor DiLorenzo (notably of Violent Femmes) with David J (Bauhaus) and multi-instrumentalist Darwin Meiners? Something strange, fresh and incredibly...well. Funky. Dig it.

Melding Swedish craftsmanship with achingly lovely vocals and songcraft, the fact that they are not hugely famous is testament that the world is unfair. Forget ABBA and just enjoy fine music for music’s sake.

Singer-songwriter Tusks took the trip-hop rule book and tore it up. And then set fire to the scraps. Despite some incredibly high-profile friends, Tusks has their own voice, somewhere between electronic and earthy.

Tighter than a Swiss watch and deeper in the pocket than a lint-covered boiled sweet, True Loves deliver infectious, well-oiled funk that’s made for chase scenes in a timeline in which Starsky and Hutch were elected co-presidents of the US.

I Am A Rocketship have released four albums and one EP since 2016, while playing a smattering of shows around their home base of Atlanta. Their 2021 album, Lies and Legends, is a loosely crafted song cycle about political populism and the danger of clinging to lies and legends in a crisis. Check their latest video, for the single Fever Dream 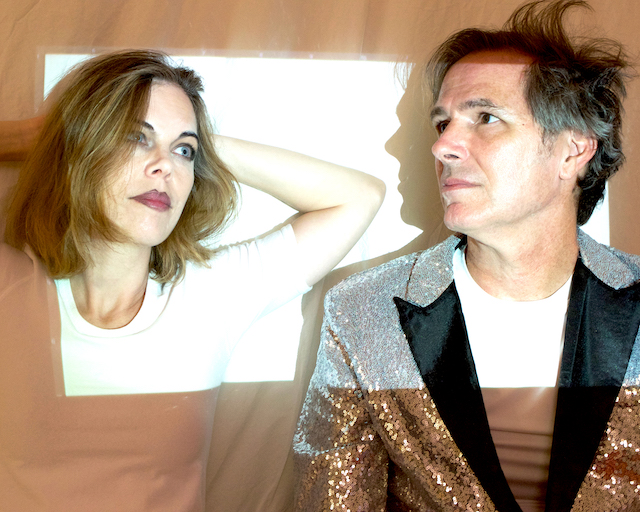 Their new album, Lies and Legends, as well as previous releases, can be found on Bandcamp