Pennies by the Pound,  a prog rock outfit from Helsinki, Finland share their fave albums of 2021

"An album which certainly divides Steven's fanbase. I just love an artist, who can almost totally change his skin without losing any of his essence." - Johannes

2. King Buffalo - The Burden of Restlessness

"Their first album sparked quite a lot of interest in me, but this second one knocked it out of the park, with much more variety and originality." - Johannes

4. The War On Drugs - I Don't Live Here Anymore

"Gotta have some metal on the list, and Carcass is definitely one my all-time favorite bands. These old-timers keep bouncing back with brilliant releases." - Johannes

6. Ross Jennings - A Shadow Of My Future Self

"The frontman of Haken certainly shows a more accessible side here. Who knows, he might have quite a lot in store for him in the future!"

"These guys certainly get a lot of flak. I'd say if so many rock purists get their knickers in a twist over these guys, they're doing something right!" - Alexander

"A total surprise record, didn't think these guys even existed on paper anymore. Everything you'd come to expect from Tomahawk, and then some."

"Haven't listened to much new music in 2021, but of course every new Wildhearts album is a must. And this certainly is a good one." - Vesa

"Now here's an oldtimer! Quite a surprise, saw him live a few months back and was blown out by the new songs." - Johannes

Pennies by the Pound are a prog rock outfit from Helsinki, Finland, reveling in energetic and sometimes eclectic guitar-driven prog rock with indie and psychedelic vibes, leaning on the past but looking firmly to the future. Originally a three-piece (with Johannes Susitaival in vocals, drums and rhythm guitar, Vesa Ranta in lead guitar and Tomi Laaksonen in bass guitar) starting out in 2017, we released one EP in 2018 before unleashing our critically acclaimed debut album "Heat Death of the Universe" in the spring of 2021, mastered by Mark Gardener of Ride fame. The album is a sweeping mixture of prog and indie rock with lots of 80s and 90s vibes, with uplifting melodies and a plethora of soaring guitar solos. A limited vinyl edition was released in November 2021.

In 2021 the band grew to a quartet with the addition of Alexander Meaney as an additional guitarist, and we are already recording a follow-up to Heat Death of the Universe. As things go, this year has been so full of activity and excitement over our own releases - even without any proper shows, due to you-know-what - that the level of catching up to new music has been down to a bare minimum. Still, that is not to say that there haven't been a number of absolutely brilliant releases this year, and quite surprisingly a lot of them in the guitar rock genre as well! Most of the ones on the list have been chosen by Johannes, but there's contributions from Vesa and Alexander as well. 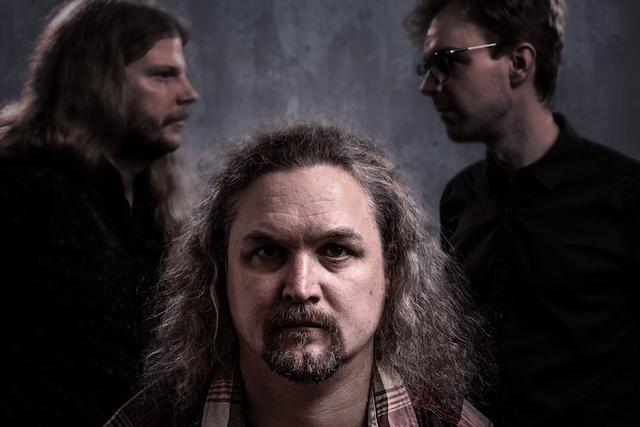 Spotify link to Heat Death of the Universe

You can buy the vinyl Here

You can buy digital Here