Showing my Australian bias but this was my absolute favourite release of 2021. Ecstatic, bittersweet and beautifully sad all at once. Ruby’s Like A Version cover of The Church’s Unguarded Moment is also worth tracking down.

My all-time favourite Swedish art-punks. Dare anybody not to dance to this. Video is also hilarious.

Technically released towards the end of 2020 but really blew up in 2021, amazing indie guitar from New Zealand. Perfect from first to last.

We’re suckers for well-crafted, ultra-catchy hindi-pop and this gem from Pune’s Ritviz Srivastava is an absolute banger.

Also hailing from our hometown of Stockholm, Adna is really one of a kind. The huge wait between albums was definitely worth it.

Video game scores have been punching way above film soundtracks for a while now and this is one of the very best. Brilliant game too.

Discovered Lucy through her cover of Dancing in the Dark and never looked back. Great record.

Hans is my not-so-secret guilty pleasure. Seeing “Time” from the Inception soundtrack performed live in Stockholm’s Globen concert hall was perhaps my all-time favourite live music moment. I was always a big David Arnold fan and never thought anyone could do a better Bond soundtrack. But I think Hans may have done it!

Tiny Fighter were formed in 2017, originally as a collaboration between a truck driver from Kalmar in the deep south of Sweden and a doctor from the deep south of Australia, before extending into a full band of players from all over the globe (Poland, Israel, UK, Australia, Sweden). After racking up 1 million views on YouTube, over 700000 Spotify streams and successful tours through the US, Canada and Europe, Sweden’s Tiny Fighter were poised for a small but significant slice of world domination. But then came COVID, effectively putting the brakes on the whole machine. Faced with an extended period of no touring, a fan-campaign led by a collection of locked-down Tiny Fighter supporters began to follow-up the band’s celebrated Loft Sessions (Live in New York) album. The problem – there was no live music, much less any touring. The solution – record a completely new record combining brand new songs with re-interpretations of some of their fan-favourites. And thus our latest record Rewind was born.

In short, an incredible year of music – despite the lack of live concerts. Maybe it was this isolation from audience that encourage as to go a little deeper with our music, both in terms of discovering new instruments and exploring new artists and styles. Our top 10 for this year definitely reflects this! 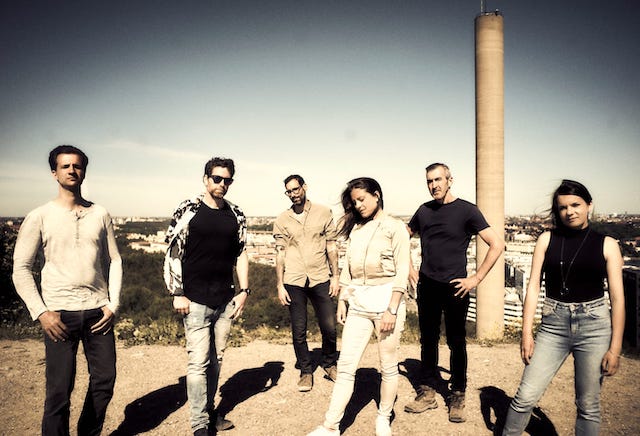 You can listen here: