M.G. Boulter - The Water or the Wave

Matt Boulter plays in a band called The Lucky Strikes, he plays guitar with the Simone Felice Group on regular occasions as well as having a solo career as 'Whispering Pines'. His latest solo venture come under the title of M.G. Boulter and a true Americana album recorded, not in the Catskills Mountains or Laurel Canyon  but, in Broom Cupboard Studios in Rayleigh in Essex.

The band behind the album, The Water or the Wave, includes Pick Withers of Dire Straits fame on drums, Lucky Strikes compatriots, Paul Ambrose and Jim Wilson and from London Bluegrass band, Troubadour Rose came Bryony Afferson and Lizzy O'Connor. all this added up to a beautiful warmth of sound on the record (yes, the album is available on 180g vinyl).

Eleven original compositions crammed into just under thirty-seven minutes means that you definitely have an appetite for more at the end of the album.

Matthew has a voice built for Americana, particularly wistful on ‘Once I Was’ and dance floor Americana on Confetti Hearts This album drifts by effortlessly with a tapping of the foot and a glass of whiskey in hand. It should charm the socks of any listener.

I wouldn't say one song stands out above another; there is a genuinely sweet consistency throughout. Perhaps a fifty-minute album next time?

Matt has an album launch at the Slaughtered Lamb in London on 24th The Album: The Water or the Wave is available from Harbour Song Records on 8th July in CD 180g vinyl & Download and is heartily recommended. 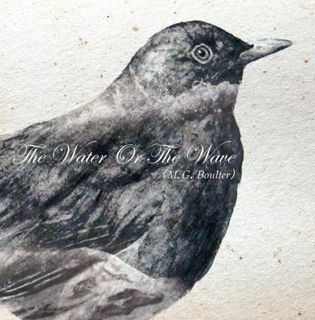