AMMO is a dark and dreamy ethereal wave multi-instrumentalist, songwriter, and producer living in NYC. Her most recent single 'A Cold War City' was released 10th December, 2021.

AMMO's solo career follows on from a stint  leading dreampop, shoegaze band Brass Box who released their full length ‘The Cathedral’ on Dune Altar in 2019. Past projects also include Black Flamingo, Darklands and Tête.

Her debut 2020 single ‘Total Recall’ was part of The Sound charity tribute compilation on Dune Altar was followed up by ‘Rose + Crown’ in June 2021, an original work co-produced and recorded with drummer, Alex Posell of Black Flamingo. The song echoes themes of catharsis and freedom from self-imposed shackles, physical or psychological.

Her most recent single ‘A Cold War City’ was release December 10, 2021 on Mourning Sun Records.

As 2021 drew to a close AMMO took some time out to recall some of the music that held together the year for her;

Anika - Change - Ten years and finally a second album... This low-fi goodness has been on repeat since its release.

Luis Vasquez (The Soft Moon) - A Body of Errors - Luis Vasquez's work knows no bounds. The exploration and experimentation that went into making this record is very much a treasured journey.

Liars - The Apple Drop - As a Liars fan since the incarnation this album is a solid album, another that flourishes on experimentation and excellent songwriting.

Last Wars - Pale Fire - I was introduced to Ryan of Last Wars through a mutual friend and really can’t praise this 2 song EP enough. I’m very much anticipating his next release.

Vain Warr - Maleficia Carnalia -Deathrock. No words except that I am anticipating when I can see them live.

Xiu Xiu - Oh No - A highly textural and dramatic experimental collaboration with talented artist such as Alice Bag, Drab Majesty and Chelsea Wolfe.

A Place To Bury Strangers - Hologram - Heavy dirty reverbs and sonic texture. A hint of post-punk, some psychedelia and a dash shoegaze gold, a perfect mix.

Margaritas Podridas - Margaritas Podridas - This was a recent find that I had come across the same day two separate friends texted me their music, I figured it was a must listen to. I absolutely love the drowning distorted reverb and nod to 90s throwback whether it was intentional or not.

Meridiane - To Walk Behind The Sun - I came across this band after being introduced to Vain Warr whom are both on the killer label Primal Architecture Records. Ominous in all the right ways. 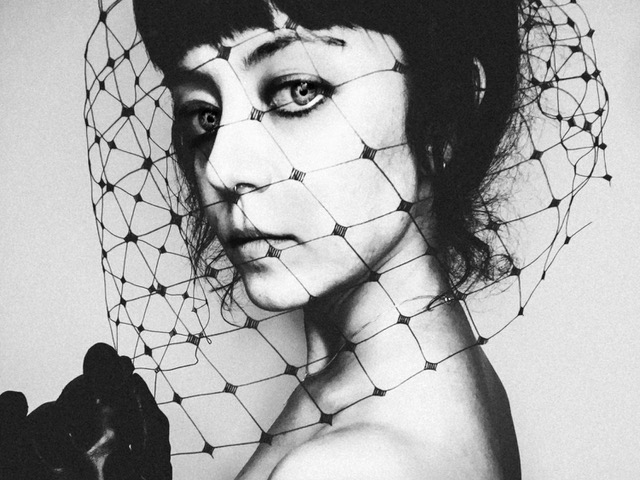