‘Dream Tether’ is  the debut 10-track album, due to release on Friday 13th August from UK based Synth/Indie pop duo Infra Violet.

Formed in early 2020, the duo already have successful singles 'Polaroid' ‘Water’ and ‘Radio’, mastered by Pete Maher (Depeche Mode, U2, The 1975). Both songs received widespread attention and were also featured on the; ‘This is Synthwave 3’ compilation album by Red Manor Records.

‘Dream Tether’ is the band's latest endeavour, featuring their most popular hits to date re-mixed and re-mastered with brand new pop anthems & synth ballads, all produced by Toby Campen.

Using nostalgic synths & lilting melodies to drive home the lyrical theme of the album; 'connection'. "The unspoken tethers that bind us to the environment, our own inner dreams, and each other."

The duo took the last year to explore what it really means when we suddenly lose those connections, and the optimistic uncertainty of how to find our way back, now that so much has already been lost. 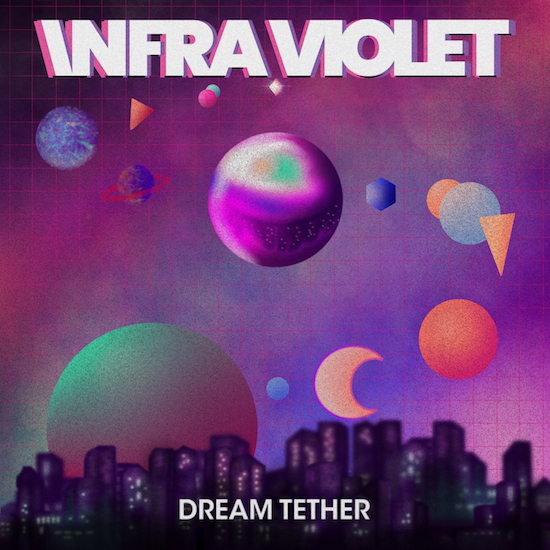