Peggy Seeger - New single 'How I Long For Peace’

Peggy Seeger has released a new single, ‘How I Long For Peace’, the latest track to emerge from what is ‘likely’ to be her final album of original material, ‘First Farewell’, is due out on 9th  April, 2021 via Red Grape Music.

Mellowing, however, is not Seeger’s style and she’s not going quietly. Her 24th solo album underscores her importance & continued relevance as a songwriter and performer, cementing her place as one of the most uncompromising and inspiring female artists of any genre and age.

The album will arrive ahead of two live shows performed to socially distanced audiences at London’s Cecil Sharp House on May 27, 2021, with Peggy’s (likely) final UK tour, now rescheduled to March 2022.

‘How I Long For Peace’ follows Peggy’s recent appearance on Later...With Jools Holland - watch ‘All In The Mind’- and is now streaming on all platforms .

Speaking about the new song, which counsels for an urgent end to humankind’s destructive behaviour, Peggy says; ‘How I Long for Peace’ is a completely truthful song and sometimes it’s important to just say things as they are. When people talk about hypocrisy and greed, they normally mean someone else’s hypocrisy and greed. We consume an enormous amount, and I’m the same - I’m guilty too. We all are. When I wrote this song, I wanted to state very simply my deep desire for human beings to stop the fighting, the battling, the tearing down other people and being rude and assembling riches while so much of the world is poor. I really do long for peace so this song is a pure cry from the heart".

The new album is the first to be written and recorded entirely with Peggy’s immediate family members - sons Calum and Neill MacColl and daughter-in-law Kate St John (Dream Academy). It’s also her first album to reference her roots as a classically trained pianist rather than entirely as a folk musician. The simple piano arrangements hark back to the avant-garde compositions of her mother, the Guggenheim fellowship composer Ruth Crawford Seeger. 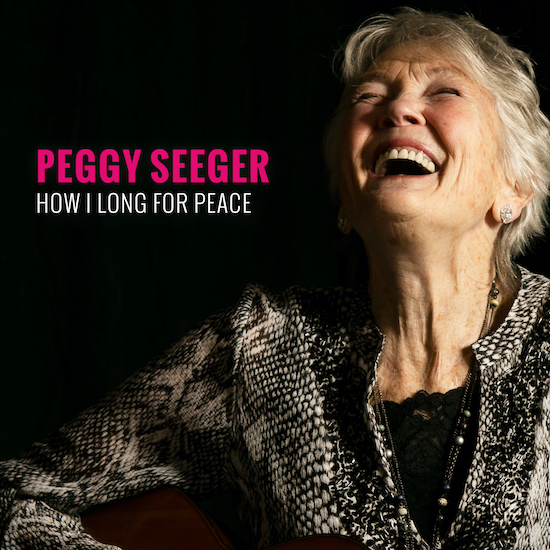