Juanita Stein has released the video for her new single, 'Reckoning'

Juanita Stein has released the video for her new single, 'Reckoning', taken from her new album, 'Snapshot' (out now via Nude Records). The  video, which follows Juanita as she cycles through the night time streets of Southern France, was self-filmed in the summer and provides the perfect accompaniment to the song which, with the rest of the album, was written and recorded in the months following her father’s passing.

Says SJuanita, “'Reckoning' is a song about the power of memory and grief. How the two go hand in hand. Certain images, smells and words can unlock the deepest or feelings. “The silence, the empty halls, the cold machines” is me recalling the antiseptic bubble we were in whilst visiting the hospital every day and the chorus is me releasing all of that. It’s an immensely cathartic tidal wave of angst and melody. The video was shot on a couple of iPhones in a small town in France called L’Isle-sur-la-Sorgue during the warmer months. Myself, a bicycle and a heart full of sorrow.”

You can watch the video here. 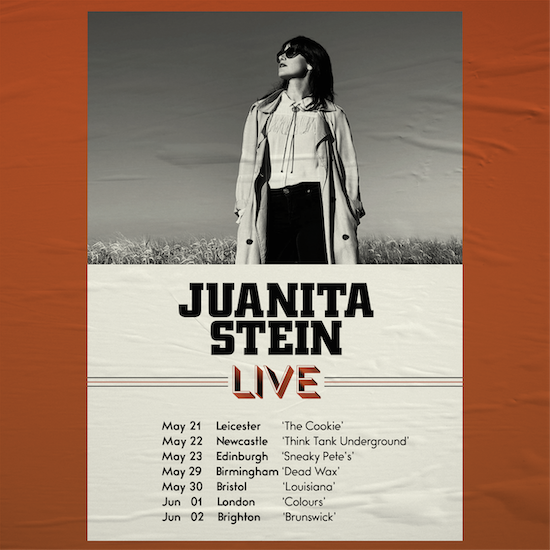