I saw the news first thing this morning – a post by Hank III – but was lost for words. I was a huge fan. For me Justin Townes Earle was one of the 'Big Four', alongside Ryan Bingham, Joe Pug and Frank Turner. A new generation of brilliant singer/songwriters, all roughly the same age. I often said that of all the sons of famous singers, here was a case where I liked the son even better than the father.

I saw Justin live four times – same number of times as the man he was named after. Twice in Whelans (again, like Townes), once at Cambridge and once at Glastonbury. At Cambridge 2011 he was on two acts before Frank Turner, and I remember Frank tweeting at the time, “Fuck me, Justin Townes Earle is amazing. I knew that already, but it is worth restating”. The next morning I had a chat with a nice man in the water queue. We were talking about who was the best we had seen. “Steve Earle's boy”, the man said.

I have all his albums, except for the debut EP. 'Harlem River Blues' was his best, in my opinion. My copy is signed. I must have gotten that one at Whelans.

I had actually been thinking a while back that it was strange that nothing had been heard from Justin, when everybody else was doing music online. I presumed live streaming wasn't his thing.

He was not prolific on social media. I looked at his Facebook page this morning, and over the past days he had been posting live clips from some time back. I listened for messages. When no cause of death is given you fear the worst. Can't tell – he didn't write happy songs. The cover of the album  'Absent Fathers' is a photo of him and his wife. They had a daughter. My heart goes out to them, and to his parents.

Musicians and public figures die all the time, but I can count on one hand the times that I have been genuinely shocked: Stuart Adamson, John Peel, Leonard Cohen, and now Justin Townes Earle. 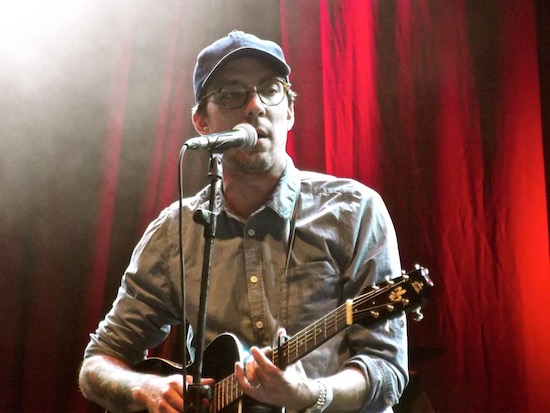