Check Out: 'The Treble' from Winnipeg

The Treble have self-produced a video for their new single "No Secrets (There For You)" that is a track for their album 'Rivals'. The video sees the band recreating 45 iconic music videos from the 80s including clips from DEVO, Talking Heads, George Michael and Rick Astley plus, many more.

About the video the band say "The video is a hilarious shot for shot remake of a bunch of our favourite videos from the 80s. We had started the project pre-quarantine, but thankfully the concept made it something we could continue during the lockdown. We each filmed separately on green screens to complete the project and came out with one of the most fun videos we've worked on to date!"

On the inspiration behind the track, "My friend and his girlfriend broke up because she thought he was stepping out. He was actually too embarrassed to tell her he was playing Pokémon Go. "No Secrets (There For You) is a song about trust. It's about being so afraid to be yourself around someone, that you drive them away because you've become someone else. We are afraid to show people who we are, but when we don't, we can become the worst of the little pieces that we give them. Love is a risk." 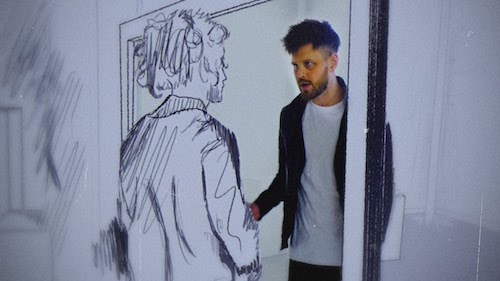