For the third straight year, The Hold Steady will be returning to London for three back-to-back shows, taking place over the first weekend in March. Friday  6th and Saturday  7th will be at Camden’s Electric Ballroom, and Sunday 8th March will see the band hit Bush Hall in Shepherd’s Bush.

As with other weekend celebrations, fans will have additional ticketing choices, including a weekend ticket covering both Electric Ballroom shows and an option to buy a VIP Soundcheck ticket, as well as a limited edition event merch bundle.

Earlier this year, The Hold Steady released their seventh studio album, Thrashing Thru The Passion, a collection of five brand new songs and five songs released digitally between November 2017 and March 2019 and it still remains a brillant live show. 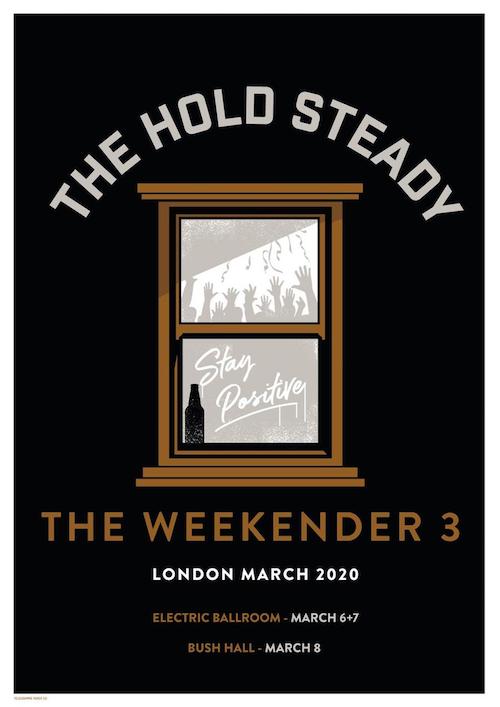