The Kenny Wayne Shepherd Band will be returning to the UK in November for five shows following their triumphant headline performance on the Outlaw Country Stage at Ramblin' Man Fair this summer. The band will be playing songs from their new album ‘The Traveler,’ which was released in May via Provogue. You can listen to the album via Spotify HERE.

World-class guitar playing has always been his calling card, but in his forties, Shepherd knows when to blaze and when to breathe. “There’s some restraint on ‘The Traveler’,” he considers. “As I’ve gotten older, I’ve started to lean towards the approach of less is more. I play for the song now.“ Taking a cue from his side project, The Rides, the super group he co-founded with Stephen Stills and Barry Goldberg, Shepherd shares more vocal responsibilities with his long-time singer, Noah Hunt, than on past releases, allowing the band more versatility. “I still don’t sound like Muddy Waters,” he smiles. “But I’ve definitely grown as a vocalist. I owe a lot of the credit to Stephen Stills for pushing me to sing more in The Rides.” The album was recorded at Neptune Valley, Los Angeles, with the production of Shepherd and Marshall Altman. 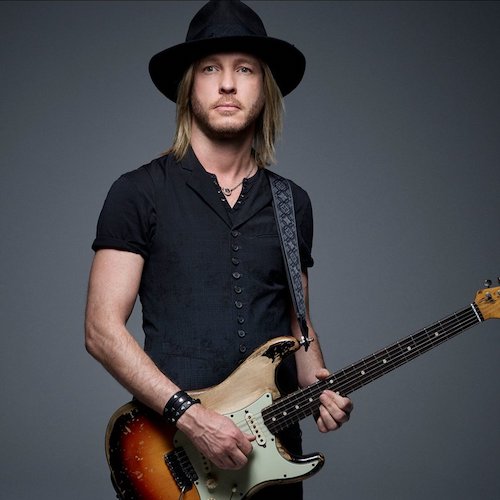