Small gig venues take on a forlorn demeanour when their doors are closed and there’s nobody around. Such was the scene at 7.30pm on this Saturday evening outside the Joiners, Southampton. Our gig party had enthusiastically turned up early, ready to take up our ‘table for 4’ at this evening’s socially distanced gig featuring Zoe Mead (aka Wyldest) with Will Blackaby as support.

As we ruminated on the possibility that we’d misread the ‘doors’ time, the forlorn mood turned to outright anxiety as we absorbed social media reports that their van had broken down in Bristol. Momentary thoughts flew to alternative ways that we might be able to entertain ourselves, mixed with disappointment on behalf of our guests that their first ever visit to the Joiners wasn’t going to happen. But our flagging spirits were quickly raised as we learnt that Zoe and Will had organised an Uber to get them to Southampton, at a cost of £170; leaving us to ponder and frankly wonder on their commitment to their art (and their audience). Simply, THEY DIDN’T HAVE TO GO THAT EFFORT OR EXPENSE...... being stuck 100 miles away with no wheels would have been reasonable grounds for pulling out of the gig, so massive plaudits to Zoe and Will for making this evening happen.

Not our first socially distanced gig so we’re accustomed to the pros and cons. On the down side these are by definition seated events so consequently no option for moving around, but on the plus side no scrum at the bar and, on the contrary, we were able to enjoy efficient at-table service. But we’re still learning how these things work and an interesting insight tonight from the venue/promoter’s viewpoint. The Joiners ordinarily has a capacity of 150/200; reduced for events such as this to just 35. Importantly, that number includes the artistes themselves so along with Zoe and Will this evening allowed 33 ticket holders. So doing the maths, a full band of say 5 would reduce tickets available to 30 (not good for The Polyphonic Spree).

And so to the music. Will Blackaby up first with guitar and bass drum, played superb renditions of tracks from his excellent EP ‘Everything’s Delicious” mixed with an older number ‘Georgie Wants A Garden’, a newie and previously untried number ‘Wonderwoman’ and even a version of ‘Twinkle Twinkle Little Star’. Highlight was the beguiling song 'Lee' – if you’ve only got time to listen to one Blackaby song let it be this one.

Zoe Mead is a long-standing collaborator with Will so this 8-date tour has been pretty much a double-hander. Zoe has released 2 albums under the Wyldest moniker, including latest LP release ‘Monthly Friend’. On electric guitar and vocal with plenty of reverb she gave a stunning performance of a few older numbers mixed up with songs from the latest album – highlight songs to check out: ‘Buddy’ and ‘Heal‘.

Rock n Roll shows at small venues always bring with them a slightly makeshift feel creating an intimacy between artist and performer that will forever draw us to these events. Overlaying this with the particular toils the artists underwent to make this gig happen somehow created an additional connection making for a very special evening. 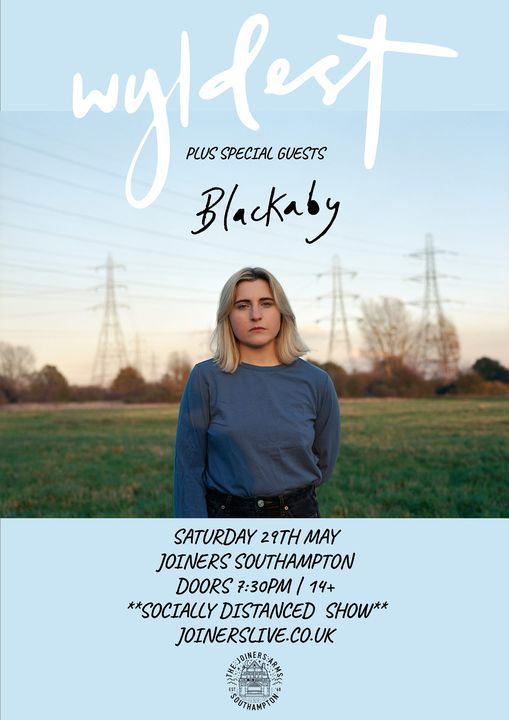