Only by seeing this band live can their relaxed togetherness be fully appreciated so tonight provided an opportunity for this to be shared with a wider audience. The event gave an insight to their live performance on the wide QE Hall stage, performing their recent LP ‘For the first time’ in full. In case we doubted they were playing the album in order, the stream announced each track title in huge white letters across the screen at the beginning of each song, giving a structure to proceedings usually gloriously absent in the melee of a ‘real’ gig.

From opening song ‘Instrumental’ this show displayed how this band operate, each member contributing at different times and building to a collective cacophonous close skilfully blending their multiple sounds. May Kershaw on keyboards as usual pulling off her wonderful ‘elegantly bored’ look. Charlie Wayne on drums is the backbone of this band – easy to say about many drummers but it’s so true here. With the many disparate characters, sounds, phrasings and time signatures that make up a BCNR set, the performance requires an anchor with real craft which Charlie provides.

BCNR are nothing if not disregarders of rock n roll protocol. Having established Sunglasses as something of an anthem, or at least certainly a recognisable tune for the casual listener, they proceeded to deliver a version quite different to any I’ve previously heard – this one a far more tender version. Gone was the ‘invincibility in these sunglasses’, replaced by vocalist Isaac Wood presenting an introspective vulnerability, telling us he was less than the sum of his parts. And instead of the final chorus filled with angst-ridden utterances the tune meandered to a gentle close rather than the full band crescendo. Here we have a band full of confidence in their ability, in their songs, in their performance; brave enough to move away from the familiarity of the marquee riff in their best known tune

Track X was given its first live outing, and tonight the first involvement of the choir, about 10 strong, dispersed across the auditorium - breathtaking. The choir was engaged again in album closer Opus bringing the main set to a frenetic close

The highlight of the event was still to come in the shape of two unexpected new tracks. Bread Song with Georgia’s violin and May’s keys seeping in to the acoustic intro. The vocal hook took on an almost gospel sound supplemented with a melodic keyboard line.

Basketball Shoes is a 13 minute epic, beginning with a Sigur Ros intro of guitars which soon crashes against Tyler Hyde’s thumping bass and Lewis Evans’ sax. The long outro pivots around Luke Mark on double necked guitar, his crashing chords taking us to an Arcade Fire style ending with the choir once again in full voice and the whole band in full pomp. 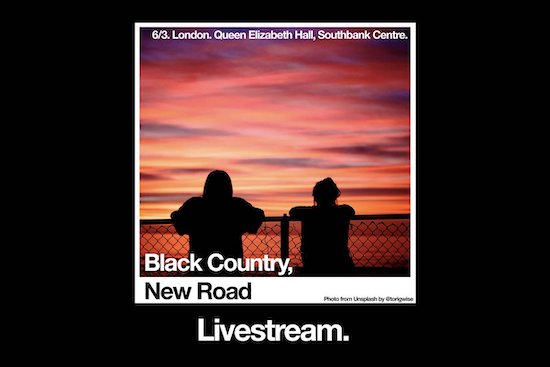