Lucinda Williams started her in-studio concert series with a fabulous show dedicated to the songs of Tom Petty.  Uncut described it as “a consummate lesson in how one artist can not only influence another, but through their simple existence, their shared reference points, their musical force, provide a vital touchstone to those that follow”. How would she better that?

By covering the most revered songwriter of all, that is how. For this latest instalment of Lu’s Jukebox she treated us to a night of Bob Dylan songs, as well as stories about what his music means to her and about the times when their paths have crossed. The anecdotes were as entertaining as the music and left us in no doubt of how important Bob’s music has been to her development as a songwriter.

Lucinda was 12 when she heard ‘Highway 61 Revisited’ and had a lightbulb moment: “This is what I want to do”. Here was a combination of the literary world that she knew through her father, a poet and teacher, and the musical world of Woody Guthrie, Leadbelly and Alan Lomax. The set includes two songs from that legendary album; ‘It Takes A Lot To Laugh, It Takes A Train To Cry’ and ‘Queen Jane Approximately’. These were the only two songs from the 60s that were performed in the show.

If pushed to pick a highlight I may have to go for ‘Idiot Wind’ from my personal favourite Dylan album, ‘Blood On The Tracks’. Lucinda’s singing is so clear that the meanness of the lyrics hits me even more than in Bob’s version. We get one other song from ‘Blood...’ (‘Meet Me In The Morning’). The rest of the show concentrates on mid-period Bob, with songs from ‘Infidels’, ‘Oh Mercy’ and ‘Time Out Of Mind’.

Bruce Springsteen on his radio show ‘From My Home To Yours’ has been playing a lot of Bob Dylan and it is interesting to note that he also gravitates towards mid to late period Dylan, whereas Steve Knightley from Show Of Hands recently did a Bob Dylan covers show, and went very much for the older part of Bob’s catalogue.

Fantastic versions of ‘Political World’ and ‘Man Of Peace’ illustrate the timelessness of Bob’s lyrics. Lucinda says that she never felt she would be able to write like that, but that one needs somebody to look up to and be impressed by. There was a particularly amusing story about when she first met Bob, at Gerdes Folk City in New York, through the club’s owner Mike Porco, an Italian (“Luciiiiinda, thees ees-a Baaaahbby!”). There was also an unashamed fangirl admission of how on that occasion she went and stood by the door as she needed to be there when Bob left: “I feel sorry for anyone who has never had an artistic idol to look up to”.

The band that accompanies Lucinda is a major part of what makes these shows such a treat to watch. Stuart Mathis is Lucinda’s regular guitarist and he is outstanding (the other two members of her touring band Buick 6 are based in L.A.). Drummer Fred Eltringham’s main gig is in Sheryl Crow’s band. Bass player Steve Mackey and guitarist/keyboard player Joshua Grange are seasoned Nashville studio musicians. Googling them brings up tech podcasts and studio-associated websites.

Speaking of studios, the Room And Board studio in Berry Hill, Nashville where these performances are filmed is almost another player. Lucinda’s last album ‘Good Souls Better Angels’ was also recorded there. It is a relaxed and atmospheric place, and you just wish that you could be there with the band to watch them work. For this episode the young Bob Dylan was looking over Lucinda’s shoulder. It is all beautifully captured as well. Most likely she is reading some of the lyrics, but it is filmed in such a way that you cannot tell.

After ‘Idiot Wind’ the show finishes with ‘Make You Feel My Love’; some astonishing sequencing. Almost unbelievable that these two songs were written by the same man. 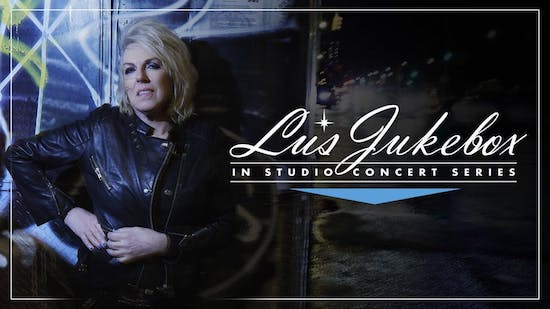 Meet Me In The Morning

Trying’ To Get To Heaven

Make you Feel My Love

3 December Funny How Time Slips Away: A Night of 60s Country Classics

17 December Have Yourself A Rockin' Little Christmas with Lucinda

31 December It's Only Rock and Roll: A Tribute to the Rolling Stones