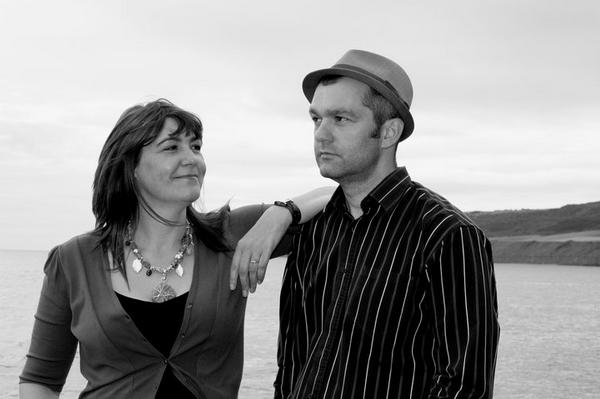 We are delighted to publish our interview with Marry Waterson and Oliver Knight.

Hello and how are you today, is life enjoyably hectic?

Marry: Hello Pete, thank you for the lovely review. Oliver and I are gearing up for a series of concerts and interviews, the first being Lewes on 5th May and Bristol on 6th with London Kings Place on 13th and others  throughout May

How long were the songs that made up the album in your mind, before they were put on to tape?

O: Windy Day was around since about 2004, I wrote that while walking with my daughter but always though someone else should sing it. Marry wrote most of the other lyrics although I had a lot plotted out for Angels Sing and I had the Basic tune for Sleeping Flame.

M: Secret Smile was about my neighbours in the street where we bought our first house, so that particular song had been rattling around in my head for some time, Rosie contains lyrics from an afternoon’s writing Mum and I once shared, with the majority of other lyrics added much later.

Once Oliver and I had collaborated on our first song Angels Sing, I couldn’t stop writing, some songs where complete and with others I would have lyrics and an idea for a tune and Oliver and I would develop them in the studio, so sometimes songs where put down pretty quickly. Revoiced was the last song I wrote when the album was more or less finished, we recorded it almost as soon as I’d written it.

There are comments that the folk world had been waiting for Marry to sing for a long time? So again before the album, was it just singing in the shower that made you realised you had a wonderful voice?

M: Well, that is very kind, having grown up immersed in traditional song I first sang on stage with the Waterson family when I was ten years old, making the occasional appearance from then onwards. I guess the confidence and inspiration took it’s time coming, though as an artist, I have always been involved in other creative disciplines.

The record is great. It’s certainly not a pure folk record, was that a conscious decision?

M:  I love the creative process of writing and finding the songs together with Olly, this is what excites me most at the moment.

How was the experience of actually recording the songs, one take? and where did you record, master etc?

O: The album was recorded at my studio (Panda Sound). Curse The Day is a live take but most of the tracks are built up with a guide and then overdubbed. We would usually do 2 or 3 passes with the vocals and then choose parts.

How important is a record label or, can you get your album on to people’s shopping list by taking an independent route?

O: Very important. I don’t think you can get you’re product into a shop without the backing of a label. Yes you can do it on your own but it is very hard work and time consuming.

M: Other artists do go it alone; personally I am glad to have the backing and experience of our label.

Why do you think younger people reconnecting with folk music at the moment?

O: Because the Pop music we hear today is so removed, over produced and image led from what you can hear and make in real life and folk or acoustic music is more natural and accessible.

Any advice for musicians just staring their careers that you can pass on?

O: We’re all just starting out. Make the music for yourself not for someone else.

- Anything recently discovered..., instruments, pedals, recording effects etc that you would like share with the music techies out there?

- What are you views on free music/downloading nowadays, given the folk tradition of 'sharing' songs? i.e. a lot of folk  songs are old traditional numbers they don’t 'belong' to anyone really ,they are kept alive through the folk performers, so  its interesting, to look at that in the context of modern downloading where one could argue, music is again becoming something that is seen as shared, and free?

O: Traditional music is only free because the people that wrote it are no longer around. That is not the case for all the people that are getting ripped off by illegal downloading. We all used to copy albums on cassettes when we were younger but the scale, ease and quality is now so good that people are loosing millions. This is also millions that record companies would re invest into the industry, hence their lack of willingness to take a gamble on new artist and all commercial music sounding the same because they know it will sell.

Marry Waterson and her brother Oliver Knight have set out on tour today (dates below). Their album, 'The Days That Shaped Me', is out now on One Little Indian. 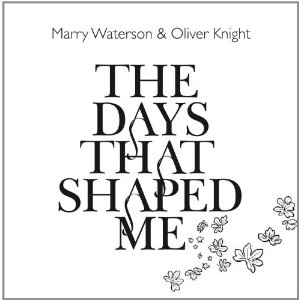