An Interview with Boxer Rebellion 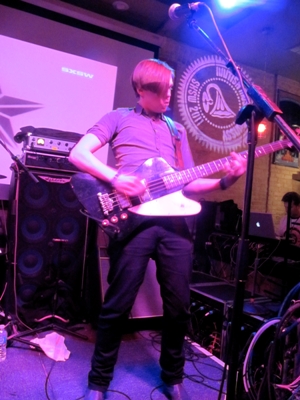 An Interview with Adam Harrison, Bassist  of The Boxer Rebellion direct from their current U.S. tour:

How the devil are you today? Did you have downtime after a hectic SXSW?

Very good thank you! We actually had no downtime after south by- on the Sunday we were called by our airline to be told our flight was cancelled out of Houston... Not what you want to hear when you have to play Amsterdam the day after the new arrival date! So... Yeah, no rest for the wicked- all worked out though and it turned out to be our biggest ever show on mainland Europe...

With so much (friendly?) competition out there, how have you approached the marketing of your new album to get it on top of people's want list?

It has been a combination of things really; we try to make the album artwork attractive and the packaging interesting. We also try to incentivise sales by adding exclusive tracks for different retailers... At the end of the day though its the music that has to carry you and word of mouth really is our biggest tool.

With the band gaining popularity and larger audiences is there a temptation to resign to a major label (if the offer arises) &  2) what advice would you give to bands starting out who believe the way forward is to get signed to a label?

In today's climate you have to have the whole package as a band already together before a label will pick you up so my best advice is to go he'll for leather in the direction of independent release, if you attract a great label offer in the process, good for you, if not you've got everything you need to continue without the need to re-think any strategy. In terms of our own situation we actually licence our albums to some territories and have great relationships with our partners whilst retaining our rights. There are still good people in the industry and I'd never rule out finding a home at the right label in the future, for now- the job is best done by us. 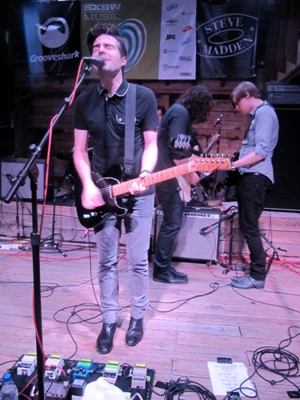 Can you tell us what you think about the importance of music supervisors...re: your success at getting onto Greys Anatomy etc movies and TV shows?

For us TV is our radio. We have never written massive radio songs or had a hit that way in a conventional sense so the reach we get with great synchs is vital to us. The music we make is quite cinematic and is just what many supervisors are looking for when putting music to picture... And that's fine with us.

What were your main influences for the material on the record and what comes first, words or music. Are songs composed within the band collectively or, separately?

Influences are wide ranging for us and include anything from Sigur ros to Phil Collins! Music comes first, I think we usually find it easier to create a mood and then adjust lyrics to suit that mood. In the early days of the band Todd and Nathan brought in ideas or nearly full songs but now it's far more of a collective effort I think that's what happens given time, we know each other very well musically now.

How was SXSW for you and is the current U.S. tour going well?

SXSW was amazing again. We first played last year and I think the festival really suits us. We've been touring for years and are very adaptable when it comes to just turning up, plugging in and playing. We had great shows, caught up with great people and enjoyed the Texan sunshine! The current tour has been the best we've ever done, sold out shows in great venues, wonderful fans and great cities- what could be better?!

Do you have any ‘Marmite’ bands that individual members of the band listen too, that no one else gets? Or, are you currently listening to anything great that we may not have heard of yet?

Marmite 'man' would be Bruce Springsteen, with Nate and Piers in the pro camp and plenty more too. One new band that I love would be Buke and Gass... Check them out if you haven’t already!

Anything recently discovered..., instruments, pedals, recording effects etc that you would like share with the music techies out there?

Todd and I have recently been getting into our loop stations with Todd using the Roland  RC-50 and me (Adam) using the RC-20. They have really added to the live shows and the ability to improvise different versions of songs.

How does Piers feel about not seeing his beloved Southend Utd week in. week out?

He hates it, and today is moaning about missing 2 4-0 home wins in a row... It never stops poor boy.

Will you be writing the next album on the road or, do you wait until after the touring cycle is finished?

Waiting, we prefer to take time over our writing and do in our rehearsal space. We take hours arranging and it wouldn't work on the road. Having said that, Nathan and I have recently bought iPad 2's and have been knocking together ideas on GarageBand... The technology is pretty amazing for getting stuff down quick...

Thanks to Adam for taking the time out to answer our questions. The remaining dates of the tour are below: 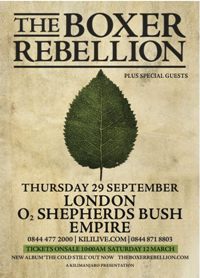