A chat with singer/songwriter Paul Goodwin

Paul Goodwin grew up in London and moved to Cambridge when he started University. He remains there today making websites and music.

His 2009 album, Scars, was followed up by a mini album, Trinkets and Offcuts, in 2011. A 5-track EP, Live in the Reception Classroom of Bourn Church of England Primary School, came out in 2012.

Now with a two year old son, Paul has returned to the recording studio for The Northern Lights In The Neon Tube. We had a chat prior to the release of the album.

You have a new album coming out in September, with an interesting name. What does it refer to?

t's a line from one of the songs. The light in my kitchen is always slightly glowing and flickering even when it's turned off. I don't know if all neon lights do that.

Some of the songs sound deeply emotional... tell us about the stories behind some of them..if it’s not too personal!

Most of the songs are about getting older and the little surrenders that it involves. "Heat Death" is about finding it harder to be impressed by things, and realising that you're not going to do everything you wanted to, and that's probably ok. Shelf Life" is about realising that life is long and things that seem important now may not always seem like that. "Muscle Memory" is about running into someone who you dreaded ever seeing again and realising that actually it's fine. Lots of realising.

Your personal life has changed a lot since the first album, including the birth of your son. How has this affected your writing?

It's affected my writing by turning it from what was at best a trickle to just the occasional drip. Also when you're more settled the songs have to be less overtly about yourself. Mostly because there's less drama, but also because you care more about not upsetting people than you used to. I've been trying to put little bits of things that I'm feeling into different settings. I'm still undecided as to how well it works.

There’s great instrumentation on many of the songs... I think you play all the instruments

Thank you! I played everything apart from drums and the little bit of pedal steel. I've had violins and cellos on my other records but I don't really know any string players any more and I've gone off those sounds anyway. I think because the kind of thing I'm listening to is getting louder and less grown up as I get quieter and more grown up for some reason. Also I have a really good keyboard these days.

Is there a meticulous process of putting the CD together? You are quoted as saying ‘It took me a month to get the gaps between the songs right’.

Well, editing and mixing can be a pretty endless and maddening task, especially if it's your own stuff and you have a very clear idea of how you want it to sound. For some reason I'd rather spend 16 hours editing a part than 3 minutes playing it again. I didn't drive myself as crazy with this one as I did with Scars, but I have a lot less time these days. It didn't really take a month to get the gaps right - it took me a month to find the half hour or so I needed to get the gaps right. It's not like I was sitting there listening to slightly different amounts of silence for weeks on end.

Glad to hear that! Are you are playing any live dates to support it?

I have a full band show at The Portland Arms in Cambridge on 17th October, but it's already going to have to be a while after the album gets released. Finding places to play gets harder and harder. Some musicians span genres and fit in anywhere they go, or at least sit nicely in a particular one. I more fall down the gaps between them. 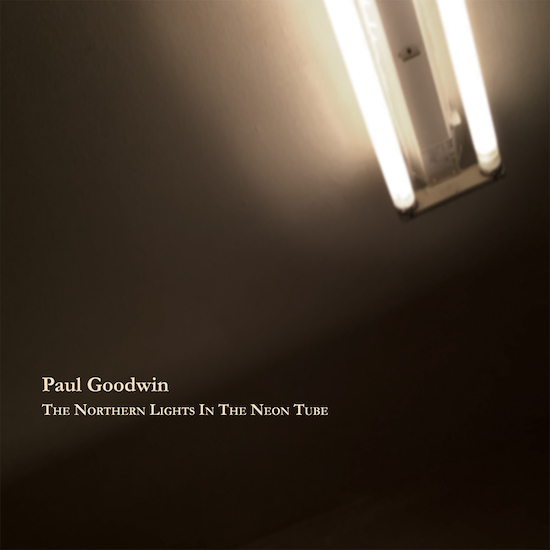 Paul Goodwin : The Northern Lights In The Neon Tube is released on 16th September, 2016