A chat with Blues singer and band leader, Kaz Hawkins

You have a massive tour underway; do you enjoy life on the road or the recording studio more?

Yes it's the biggest tour yet and I love being on the road as were entertaining the masses and hopefully more converts to KHB. I don't think I can compare being on the road to the studio as they are different experiences, studio is a painstaking process, far more intense than performing live plus I'm not a fan of the vocal booth, I'm a born performer, I lose myself in the moment, everything is more strategic I think when recording.

You have a fantastic voice, when did you discover that singing was going to be your job as well?

I had always sang from a young age, from being propped up on the bar in pubs to make booze money for my dad to entertaining his friends at house parties. My gran was a soprano and she tried her best to encourage my talent but I came from a very poor area of Belfast growing up, and of course there were more important things to spend money on in my fathers eyes.

What music did you listen to as you were growing up, and do you still draw influence from those artists?

I never got what my friends listened too, as a kid I learned to harmonize to The Eagles but as I got into my teens I went with peer pressure in public but was searching out cassette tapes of powerhouse singers like Etta James, Aretha and Janis. My gran gave me a tape of Etta James singing St Louis Blues and that was the moment I started singing into the mirror with a hair brush.

How did the band come together, is it a long standing outfit?

My guitarist Nick has been with me over 4 years now, things have changed as they do when you explore talent but I never expected what has happened to me so it was hard to find band members who could commit to the demand. 2015 I was lucky enough to add 3 more members who can give me the next 3 years commitment and that opens so many more doors.

As a band you have an eye catching dress sense ... whose idea was that?

All mine haha, it was a risk to colour code everything and it took awhile to have set in stone and a risk as it could become clown like if not done right and I wanted our brand to represent the music which is colourful and fun yet serious as a lot of my songs are about my life. The music has been organic with my new line up, we all connect in a way I have never experienced so they trust my ideas and hopefully it has worked, the fans seem to like it. It also took me awhile to be comfortable in my own image, when so much is expected of you it can cloud what you want for yourself but in the end I went with what I am comfortable in. I love putting on a show, I'm quirky and a little bit manic so it's the natural thing to have a cool image for us all.

Do you ever think that you would like to be doing something more 9-5 and if so, in another life, what could that have been?

God no way, I did for 20 years, I could never go back to 9-5 I love being free to be creative. In another life I would probably be a burlesque dancer or something risque, I hate to be boring. The world needs crazy people to take them out of their own 9-5 lives so that's my destiny to give them moments of freedom away from that.

Ryan Adams covered Taylor’s Swift’s 1989 ... What complete album would you like to cover?

Oh Lordy that's truly a tough one, though for some reason reading your question The Staple Singers, Freedom Highway popped into my head, its an album I constantly had playing when the kids were growing up. I'm such a fan of gospel and I adore Mavis Staples and just that vocal power in pure harmony gives me goosebumps. Now I want to go and record the album so thanks for that reminder lol. Oh FREE & Bad Company oh now my creative juices are flowing haha.

Completely different, I had recorded a few eps before my debut album Get Ready and looking back I was totally out of my depth, it bankrupt me thats how fresh I was and I had get a grip very fast on its release. Mid album I had band members drop out, couldnt commit, didnt see my vision, just lots of reasons really. With Feelin' Good we knew exactly what we wanted to do as a band, we had gigged most of the songs so had experiemented on what worked on stage. It differs too because we have created our own sound, its not just a collection of songs, its a journey we wanted to take our fans through and not just once, we wanted them to play it over and over again and hear something different each time.

Oh my I would love to record at Muscle Shoals Sound Studio, although the studio has moved, the original building I think still does recordings on Jackson Highway, what a dream that would be, I think I would just sit and cry at the history in the walls and floors. Even just to belt out Cher's "Stop children, whats that sound, everybody look whats goin down" would give me shivers lol even if the album was classed a failure she covered some amazing songs on that album.

Finally, that one great tip for someone staring out in the music industry today please?

BIG GIRL PANTIES worn at all times and a thick skin needed. If you are young then always explore all avenues they will be stepping stones of the artist you become. Never EVER think your music is BETTER than anyone elses and stay humble even when the compliments come. BE THANKFUL"! 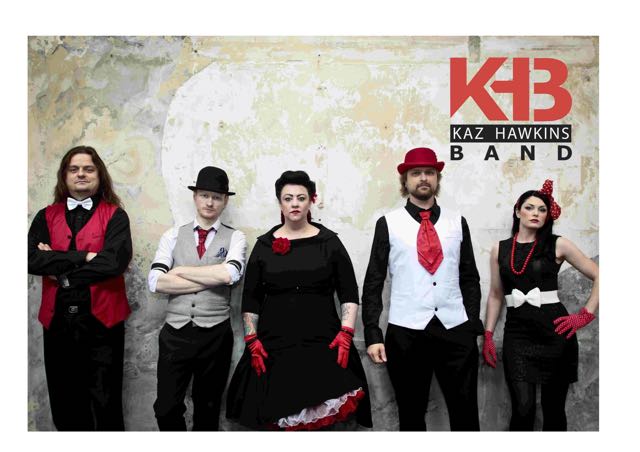