In Conversation with Nicki Bluhm

We last had a chat in October 2013, what have you been up to musically since?

We put out our new album Loved Wild Lost in the United States and have been busy touring it all over the country.

What's the feeling now the new album is done and dusted, are you pleased with the end product?

We are all very pleased with the way the album turned out.  It was great working with producer Brian Deck. He brought a leanness to the music I'm not sure we could have achieved without him.

'Loved Wild Lost', the new album is out on 9th October, where did that title come from?

It was pulled from the song on the album Love Your Loved Ones.

Where there any changes in the studio when recording the new album this time around?

Aside from having an outside producer we recorded in a studio we've never used before.  It was wonderful to record in such a lovely environment so surrounded by nature.  We were nestled in the mountains above Stinson Beach, California.  It was a perfect setting to be creative.

Is it practical to make a living as a musician these days or does your music have to be subsidised by other careers?

It all depends on what you are willing to sacrifice.  Anything is possible if you want it badly enough.

Now that Apple Music has been with us of a couple of months, how do you think it and other steaming options will influence life as an artist?

I don't think streaming necessary influences life as an artist but there are certainly pros and cons to these services for an artist. Call me old fashioned but I'm still an album centric person when I listen to records and I enjoy making full-length albums.  I think a lot of our fans are still of that mindset as well. Streaming seems to cater to a lot of people who like to skip around and listen to a lot of individual songs and not necessary focus on albums. In general we really just want our music to be heard and if people want to stream it then I guess that is fine with me. When you go into the studio and create an album you put so much emotion, thought, money and time into it that I can't help to still feel it cheapens it a little bit. But the cat's out of the bag. And I hear even more so in Europe.

You are coming back to the UK for dates in January, what are you most looking forward to?

I love being abroad.  It's always exciting to be in other countries and cultures.  I love hearing different accents, eating local food and just walking the streets.  I'm looking forward to experiencing the UK in the winter.  It will be my first visit during that time of year.

Are there any other bands in your neighbourhood that we should be paying attention to?

I think you're probably already familiar with Natalie Prass. She put out a beautiful album this year. I've really enjoyed listening to it.

Split 7" singles are quite trendy these days, who would you like to be on the flip side of your 7" single and why?

We recently did a tour with Andrew Combs and his fabulous band.  It'd be really fun to do a split 7" with those guys.  We all had so much fun together!

Are there any stories from the songs on the new record that you would like to share?

Sometimes during the writing process I'll write a song about someone else; a friend, a stranger, a phantom.  My friend sent me a picture of a Rodeo Queen from a rodeo she was at in California.  The image really struck me.  I started to write about her and ended up with my song Queen of the Rodeo.  After finishing the song, recording and performing it live I began to realise that the song wasn't about the girl in the photo.  It was about me. Funny how those things work out sometimes.

Keep an eye out for Nicki Bluhm & The Gramblers tour dates. The band are due in the UK in  January 2016. 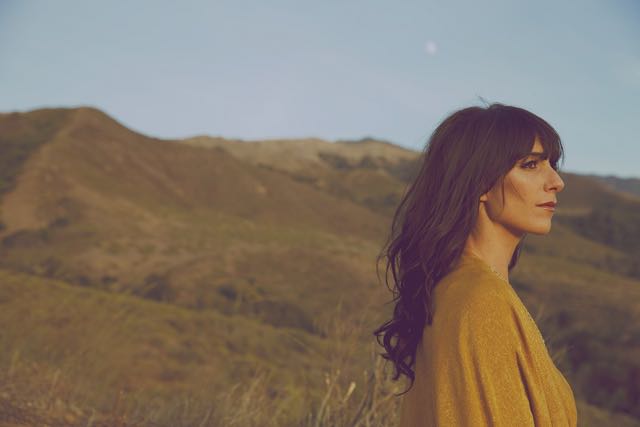