A conversation with Rex Haberman of War Poets & Light Over There

Rex Haberman is a Minneapolis-based rocker who plays around one hundred shows a year with his band War Poets. In 2014, Rex met young Galway vocalist Aileen Henderson via twitter and the pair started sending song ideas back and forth and ended up recording a fully produced EP without ever actually meeting face to face. They will finally get together in person this August as they embark on an Irish tour. We asked him about this unlikely project.......

How long have you been playing and performing and what was the spark that sent you both down this musical career path?

Both of us have been playing since an early age. I have been in bands since being a teenager and Aileen has been singing with her family as long as she can remember. It seems that once we started to play, in very different situations, we both became seriously attracted to performing and once that gets in your blood, it’s almost impossible to remove. We have different influences. Aileen was influenced by country acts like Dixie Chicks and I more so by songwriters like Bob Dylan and Bruce Springsteen. This combination is what gives Light Over There its characteristic sound: messages in songs with great vocal performances.

The truth is, at the time of this interview, we haven’t practiced together. Mainly because we haven’t met face to face and won’t until August 15th, the day of our first official rehearsal. Don’t think that the band won’t be ready for the tour though. We have an A-list band that will be fully prepared to rock on!

How would you describe your music for people who have not yet heard your songs?

The genre is Americana. Our songs are all about a message or a story played with music that has melodies that stick with you. Aileen has an unmistakable vocal sound and style, so when you hear it you know you’re listening to Light Over There. The songs captivate the listener to follow the story lines and is consistently present, so even though one may be humming along with the melody, the story will become clearer as If a light suddenly is turned on or to say: “oh, that’s what they mean.”

How did your collaboration come about?

My other band War Poets followed Aileen on Twitter then she responded by following back and sending a direct message to me with a link to some of her You Tube videos. I looked and listened then asked if she would be interested in songwriting and collaboration. Aileen said yes so I sent her the lyrics for Solitude Gratitude. After a week or so, Aileen sent me a demo of her singing and playing acoustic guitar. It was a huge success, as we both really liked the demo. Subsequently, we traded ideas on 4 more songs then headed to our studios to record.

Touring in Ireland in August, is there anything you are particularly looking forward to on this tour and are there any UK dates to follow?

We are looking forward to delivering great shows for people. The band includes acclaimed guitarist Cory Wong, Nashville bassist Adam Beard, and former Gin Blossoms drummer John Richardson. The level of playing will be very high so the audience can expect the best performances possible. We are of course looking forward to playing in Aileen’s hometown of Galway. This is the opening night of the tour and should be a lot of fun. We’re also very happy to play the other cities: Cork, Limerick, Connemara, Belfast, Bray, and Dublin. Our opening act, Dave Moore, is from Belfast so we’re looking forward to playing there.

You are working with The Alzheimer Society of Ireland on the tour. What was the inspiration for this?

Our first song on the EP is called Where Memories Live. It is about Alzheimer’s Disease and the toll it takes on families. I decided to write lyrics about Alzheimer’s because my father in law suffers from it and I wanted others to be aware, including younger people that may not think about it much. Aileen wrote the music and delivers a great vocal performance with studio vocal backups by Nashville singer Lizzy Herder. As part of the tour, we didn’t want to lose sight of its importance, so we reached out to the Irish society and we’re glad they’re with us in Galway.

What was the music you both listened to back in School/College days that blew you away and still does today?

Some of the classic rock bands that focused on socially relevant topics were inspirational for me, being heavily influenced by Bob Dylan and Tom Petty. Aileen always had an ear for country singers like Kacey Musgraves and Taylor Swift but also liked Ray LaMontagne and others similar.

Light Over There is the polar opposite to War Poets, or is it?

It is different because War Poets is more of a rock band with a definite agenda for writing and playing socially conscious songs, including topics such as American gun violence, income inequality, poverty, and homelessness. Light Over There songs have messages too, but are more about family issues and individual struggles and successes.

Rex, do you ever give Aileen advice on life in the music business and if so, what would you share with new bands starting out today?

Aileen and I talk virtually every day about any topic you can think of. I have given her advice, but she is fiercely independent and far more mature than her age would predict. Having said that, there are certainly aspects of recording and playing music professionally that we’ve discussed at length. My best advice to new bands is to stick with it for the long term if you’re so inclined. There is much more money in cover bands, but if you’re playing original music, you have to develop a fan base that will follow you. That is a significant challenge especially if the band has no label to back it.

How has the response been to your debut EP released on St. Patrick’s Day and are there anymore songs in the pipeline?

The response has been very good, but as with all original projects, you must have a strategy for get the news out to people. We feel confident that once people listen, they’ll love the songs. Our strategy has been to focus on social media with Facebook and Twitter, and we’ve seen success working with CyberPR from New York City. Now we hope the tour will bring an entirely new group of fans to the music. We’ve been approached by some Nashville producers about writing more songs and doing more recordings. It makes sense to keep a good thing going, so we’ll see what happens. 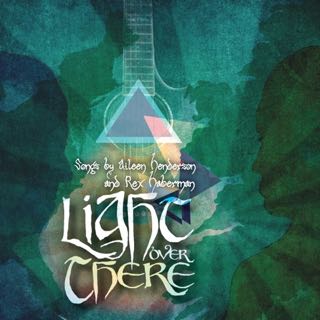