For the past two and a half weeks I have been in Glasgow, virtually, at Celtic Connections: A festival the line up of which I have always admired from afar, and now because of the pandemic I was able to join in. I made full use of my online festival pass and watched every concert - some more than once. It was a fantastic experience.

The shows were all filmed beautifully; mostly in Glasgow venues; some in other locations. The sound quality was superb and the musicianship phenomenal. Full marks to the entire organization for bringing this to us.

As always the with festivals, I saw some old favourites and made many new discoveries. I scored 58 sets in total. These were my favourites:

The former BBC Radio 2 Folk Award winners played a 30 minute show of completely new material, to the backdrop of a film by visual artist Somhairle MacDonald. Chris and Catriona are a fiddle and harp duo. The music was captivating in itself, but in combination with the images, from natural scenery to industrial landscapes, it was something else altogether.

What can I say? They do what Bellowhead did before them and blow me away every time. Their headline set at Cambridge Folk Festival 2019 is one of my best musical memories ever. Watching this online show I wondered if they had practiced in the interim, or whether they can just lash out these tunes at breakneck speed on auto pilot.

Lankum’s Radie Peat recently talked in an interview about music being a tool that she can use for certain moods. I distinctly remember hearing Duncan Chisholm’s ‘Strathglass Trilogy’ for the first time and thinking that with music this beautiful I need never be unhappy again. Duncan had the honour of playing on the opening night of the festival at Kelvingrove, the prettiest of locations.

This was one of three specially commissioned concerts, consisting of all new material, filmed at the Royal Concert Hall. Charlie Stewart is a fiddle player and composer, and he had a fantastic band with him. This was a mix of trad and jazz. I am not a jazz fan, but there is a first time for everything. This is the concert I re-listened to the most times. I very much hope that this material is going to be made available.

The great thing about festivals of course is that you come across acts you would not normally seek out. I am new to Fergus McCreadie and my jaw just dropped. His piano playing is unreal. Am definitely going to seek out his music. Fergus and his drummer Stephen Henderson were also in the band that accompanied the aforementioned Charlie Stewart.

The old reliables. I absolutely love Le Vent Du Nord and once again they did not disappoint. This show was part of the festival’s QuebecFest, which also featured De Temps Antan and Grosse Isle. A totally joyous evening of music and dance.

I have the Secret Sisters’ debut album, but after that I lost track of these sisters from Muscle Shoals, Alabama. How great to hear them again. The sisters were sitting in rustic setting, with sister Laura doing most of the talking. She really managed to create a rapport with us viewers on the web. Their harmonies are fabulous - as is often the case with siblings.

Another ‘New Voices’ commission, this time by Steven Blake, member of RURA, but also a composer of contemporary folk music. During the show Steven acknowledged the influences of Ólafur Arnalds and Nils Frahm, mixed with his Scottish background. It was gorgeous music, somewhat ambient. Again I hope that this music will not disappear once the show drops offline.

I bought Aidan O’Rourke’s first ’365’ album for the very good reason that I liked the cover (an owl). For a full year Aidan wrote a tune a day, inspired by James Robertson’s book ’365 Stories’. Aidan was accompanied by Kit Haines on piano and harmonium and Esther Swift on harp. Also present were two readers, who read us some of the stories. 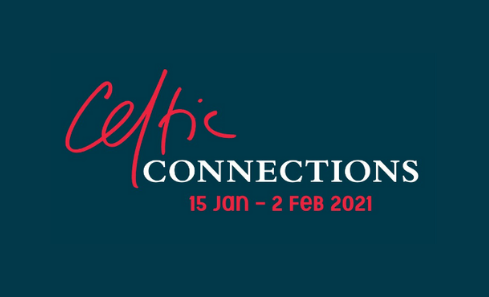 The U.S. part was filmed at Compass Studios in Nashville, where Alison Brown, John Doyle, Molly Tuttle and Tim O’Brien performed a more bluegrass-oriented set. Musically this was good too (Molly Tuttle in particular I want to go and see as soon as possible), but the studio was dark and small. It reminded me of Live Aid, where the U.K. part was so much shinier.

Named after the Karine Polwart song, this was a song cycle loosely based on the tradition of hospitality towards strangers. This was a stellar group of performers, with Findlay Napier, Siobhan Miller, Rab Noakes and Eddi Reader appearing alongside Karine. The singers were seated in a circle, sometimes watching one another, sometimes singing together. Findlay Napier’s ‘Cod Liver Oil And The Orange Juice’ got stuck in my head for days on end.

Another discovery - a Nordic trio whose set was filmed in Copenhagen. There is a different vibe to Scandinavian folk and this was a great diversion. ‘The World Was Waiting’ was my favourite song. I have since learned that this band is guesting on Sharon Shannon’s latest album.

I have seen Siobhan live, as part of a collaboration, and I knew that she is a wonderful singer. It was great to get to see her perform an entire set with a full band, including Charlie Stewart on fiddle. The sound was outstanding for all the concerts, but I noted it down for this show in particular.

A fantastic trio who describe themselves as neo trad. They are Pablo Lafuente on guitar, Ewan Baird on bodhran and Ali Levack on flute and pipes. Their latest album was recorded with the help of Edwyn Collins, who let them use his home studio. One of the many acts I have since given a follow on Facebook, to keep an eye on what they are up to.

An excellent set from Rhiannon and Francesco, filmed at the Dublin National Concert Hall. The duo live in Ireland. I have seen their full “There Is No Other” show and my only complaint about this Celtic Connections performance is that it was too short.

Mohsen Amini’s other band delivered a fabulous set, including some mellower tunes. This was filmed in a church that was used for quite a number of gigs. A beautiful setting.

Quality music from the Capercaillie singer, who has just released a new solo album. Her band included Donald Shaw on piano, the omni present Lauren MacColl on fiddle and Matt Carmichael on saxophone. You would not associate a saxophone with Celtic music, but Matt guested on many of the shows and his contributions really added another dimension.

The Roaming Roots Revue is a collaborative concert led by Roddy Hart & the Lonesome Fire. I was new to this concept, but apparently this show is an integral part of the festival, with a different theme each year. This year the theme was ‘Songs for survival’, which resulted in some wonderful covers: Lau did Neil Young’s ‘Rocking In The Free World’, Ricky Ross sang Ron Sexsmith’s ’Gold In Them Hills’, Hair Of The Cursed performed ‘Everybody’s Gotta Live’ by Arthur Lee & Love, Biffy Clyro’s Simon Neil did ‘Running Up That Hill’ by Kate Bush, Field Music did Queen & David Bowie’s ‘Under Pressure’ and Rachel Sermanni ‘One Day Like This’ by Elbow. Singalong moment of the festival.

Sona is a kora player and singer from Gambia. I have seen her at Glastonbury and knew she would be excellent. Some of the world music contributions suffered from not having access to the venues and crew in Glasgow, but Sona’s set was top notch and again should have been longer.

I am generally not a fan of multi fiddle acts (why have four when one would suffice), but Rant’s set was varied and imaginative and took me by surprise.

There were many more worthwhile performances throughout the festival. Some notable mentions:

Peat & Diesel: From Stornaway - a great discovery. I hope I will have the chance to see them live some day.

Bassekou Kouyaté & Amy Sacko: a more simple set up and it seemed that they were playing along to a backing track, yet I do like this couple and Bassekou’s ngoni playing is extraordinary.

Katherine Priddy: a young folk singer who made an impression.

Blue Rose Code: Recommended by several friends. I did indeed like them very much.

Shooglenifty: I have seen them in the late night slot at festivals; I liked them more this time around.

The Conundrum 2021: Six pipers, all with different sets of pipes and styles of playing; a really interesting collaboration.

The festival included a number of special films, which were also very worthwhile:

“Home On The Sea”, sponsored by ferry company Caledonian MacBryne. Local musicians filmed at different locations on the Hebrides. This reminded me of a wonderful trip I took to the islands once. It made me realise that I miss travel more than live music.

“Live @ An Tobar”, filmed at the An Tobar venue on the Isle of Mull. Included several short sets including a great one by Sorren MacLean & Hannah Fisher.“

“Cèol Uibhist a Tuath” / The music of North Uist: Put on by the Taigh Chearsabhagh cultural centre, this show was entirely in Gaelic, including some very young singers performing from their homes and finishing of with a track by Julie Fowlis.