First of all I think we can establish that is a music fan at heart. The album notes not only contain the stellar cast list involved in this album, but also introduce us to her recommended listening suggestions.

‘The Tramp’ was produced by the National’s  Aaron Dessner, who also slots into the main guitarist role. The album also contains contributions from Bryce Dessner and Devendorf (The National); Matt Barrick (The Walkmen); Zach Condon (); Jenn Wasner (Wye Oak); Rob Moose ( and the Johnsons); Julianna Barwick and Thomas Bartlett (Doveman).

has said that “this album was written and recorded in a very transitional time in my life. I was touring a lot and when I would return to , I had no steady home. The studio turned into my one constant”. In a way I guess lines can be drawn with Bon Iver’s Justin Vernon's recording of ‘For Emma, Forever Ago' tucked away in a log cabin. Isolation and concentration on the task in hand can create wonderful results and that is just what has happen here.

Whoever the guests, is the centre point of the record. Her song writing gets better and better. Her vocal delivery gets grittier when required and harmonious or gentle if that is what the words and melody desire.

starts the album at a steady pace with acoustic guitar then a fuller sound as the song grows and you quickly become immersed in what could be a four minute song, but actually lasts just over two. You find yourself longing for more, straight away.

’Give Out’ continues the build to ‘Serpent’ which arrives to rock your world. The record then take a delicious turn to the sublimely gentle ‘Kevin’s' and 'Leonard’. ‘In Line’ has a steady blues vibe whilst. 'Alll I Can' maintains the intense tone via an electric organ and horns.

‘Tramp’ is ’s third record and her debut for the fine Jagjaguwar label. Borne out of 14 months of scattered recording sessions this could really be a turning point in ’s career, although I expected that to happen after its predecessor, ‘Epic’.

’s songs have an honestly that really makes you sit up and think. ‘Tramp’ will certainly get under your skin (in a nice way) as it becomes essential listening. I am sure this will be in a lot of people’s records of 2012 come December. Oh, and those recommendations has for us include, Doug Keith, Heather Woods, Megafaun, Olga Bell, Small Black ,Scary Mansion and Ed Askew. 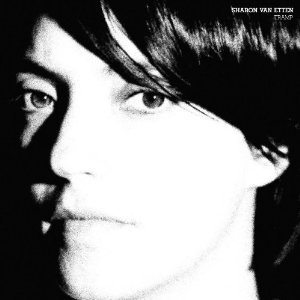 Joke Or A Lie