Has the moved to ? On the strength of this delightfully beautiful album, you would think so.

This is sisters, Johanna and Klara SÃ¶derberg’s second album which, was recorded in Spring . Produced by Mike Mogis who has worked with the likes of Bright Eyes, Jenny Lewis and Monsters of folk, The Loin’s Road is a feast of , with some country twinges on the side and is a full band effort.

The girls' father Benkt is on bass, Mattias Bergqvist drums, while Mogis and Nate Walcott of Bright Eyes, together with, a host of Omaha-based musicians fill the record with glorious music. Album closer 'King of the World' features the Felice Brothers, and local hero Conor Oberst, appears on the last verse.

A quality record all the way through, the Girl’s really do sound like American natives, I am not sure why that is but, the Scandinavian accents, really give the vocals depth and strength when singing Americana tunes.  First Aid Kit have definitely been to the and country scene for inspiration and really acknowledge that on ‘Emmylou’.

The girls I heard over the weekend are still not old enough to order a drink at a bar, that being the case, they surely have a long career ahead of them! 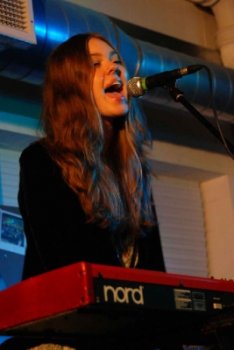 The Hearts Of Men

8. Dance To Another Tune

What do you think of this record? Let us know here