When TheRockClub sent me a link for ‘Shadow Land’ by Ben de la Cour with the question if I would like to review it, I briefly clicked on a few tracks and replied, “Yes, sounds right up my street”. It was only once I started listening properly that I realised just how totally up my street this was. I have not been able to stop playing it since.

The last time I remember feeling like this about an album was when I discovered Ryan Bingham’s ‘Mescalito’, back in 2007. This signals a major musical find, and that immediately brings apprehension. How to approach the review? If you don’t like an album you don't review it. If you kind of like an album it is quite easy to write about it. But if you find something you truly love, will there be enough words to do it justice?

I have read a little about Ben, but I actually do not want to know too much as it may interfere with my experience of the music. There is quite a back story. He was born in London; grew up in Brooklyn; spent time in Havana, L.A. and New Orleans; lives in Nashville; recorded this album in Winnipeg (as you do). There’s boxing, rehab, psychiatric difficulties, a doom metal past. In today’s world of squeaky clean rock stars it is reassuring to know that there is a back story. As Ben sings himself, “Never trust any man, if he don’t have no scars”.

I am going to leave it at that. There is a story video for the beautiful title track, ‘Shadow Land’. I watched it and concluded that my new hero is a handsome man (good), but I prefer not have a director’s interpretation affect my enjoyment of a song. Too many visuals are almost inevitable in today’s world, yet I remember always finding it bothersome. After watching the Townes Van Zandt documentary ‘Be Here To Love Me’ I wished I could unsee it and remember Townes by his music and how he was when I saw him live.

And so I have arrived at Townes. Ben’s songwriting really is of that calibre. Steve Earle can get up onto Bob Dylan’s coffee table once more. Others that come to mind are Guy Clark, Warren Zevon, Nick Cave and Leonard Cohen. ‘Shadow Land’ is a perfectly balanced set of songs. The ballads are the hardest hitters, lyric-wise, whereas the up tempo songs shift the mood, at least musically.

The album was produced by Scott Nolan, a musician and producer from Winnipeg (who wrote Hayes Carll's 'Bad Liver And A Broken Heart’, I discovered). He did a fantastic job, creating a big sound on a couple of tracks, but mostly holding back, letting the songs speak for themselves and leaving Ben’s voice out front. Ben's brother Alex plays drums. All other musicians on the album are local to Winnipeg. They had not met before and recorded the album mostly live. It's how 'Astral Weeks' was recorded...

The album starts with a bank robbery with disastrous consequences in ‘God’s Only Son’, a cinematic drama complete with lonesome Western whistling. ‘High Heels Down The Holler’ describes ongoings in a small-town, to a gloriously swampy sound, with the driest drum sound and a scratchy violin.

‘In God We Trust, All Others Pay Cash’ is a big Warren Zevon-kind of song that features brilliant backing vocals by a singer called Andrina Turenne. ‘Basin Lounge’ is rock’n roll with a great piano part, about a party in a place where folks have given in to what’s not good for them. It sounds dangerous and fun. Debauchery is stepped up in ‘Harmless Indian Medicine Blues’, which starts with the line “I woke up screaming from an opium dream”. The instrumentation is fabulous, especially the saxophone, and it sounds like what it describes.

These heavier songs are excellent and if I am ever lucky enough to see Ben live, I hope I will catch these with a full band. The ballads however are the real heart wrenching stuff on this album. On ‘The Last Chance Farm’ we are in Townes territory. The narrator is in rehab, where he meets a girl. This song has the most beautiful refrain.

In ‘Amazing Grace (Slight Return)’ an old man is standing on a porch, observing the world around him. Ben is a master at observations and descriptions, economical with words. It is perfect: "Here we sit, amazing grace, a puzzled smile upon our face. Running out of town, feeling out of place. Here we sit, amazing grace". It is a story song as well, but I don’t want to spoil the tale.

‘Swan Dive’ is my favourite on this album; an absolute heartbreaker of a song, which begins with a suicide: “Joey bounced like a brick, from the fourteenth floor window. I watched him go silently all the way down, an angel in free-fall wearing a hospital gown”. I could not help thinking of the man who jumped in Justin Townes Earle’s ‘Yuma’.

“I watch Joey’s family come down from the projects, to ID the body, and everyone cries. Then they all shuffle off to whatever is left of their lives”. The song is terribly bleak yet there is also resignation; the observer is just resting in his discomfort. Beautiful violin and accordion on this song.

I probably would have closed with the title track, if sequencing had been up to me. The narrator is another observer, feeling lost, but doing so to a poppier tune, like something Jackson Browne might have written.

Whereas the songwriting is the first thing that jumps out when listening to this album, Ben is a really sympathetic and very versatile singer as well. In the last three tracks alone he manages to sound first like Kris Kristofferson, then Nick Cave and Grinderman and finally like Leonard Cohen, and all the while the album does not feel disjointed at all. Is it too early to shout ‘Album Of The Year’?!

‘Shadow Land’ is Ben’s fourth album. What a joy to discover an artist like this a few albums in. I am going to take my time going through the preceding three releases one by one. I am not alone in thinking that this man is a songwriting giant. I will end with a few quotes:

"One of the more terrifically and terrifyingly talented songwriters to come down the pike in way too many years.” – Daryll Sterdan, Tinnitist."De la Cour fills his songs with troubled characters, telling their stories in vivid detail as he alternates between singing soothing melodies and harshly spitting out his words." - Mayer Danzig, Twangville."This is a transporting, courageous, great-sounding record. I’m glad it exists." - Terri Klein, Lonesome Highway."He brings a whole new kind of sensibility to the dark song – surely haunting and terrifying but almost inexplicably soothing and provocative." - Jim Hynes, Glide Magazine."Highly recommended, although, not for the faint hearted." - James Gwynne, Medium."If you like your folk heroes dark and edgy, you’ll dig Ben de la Cour." - Ana Lee, WMOT. 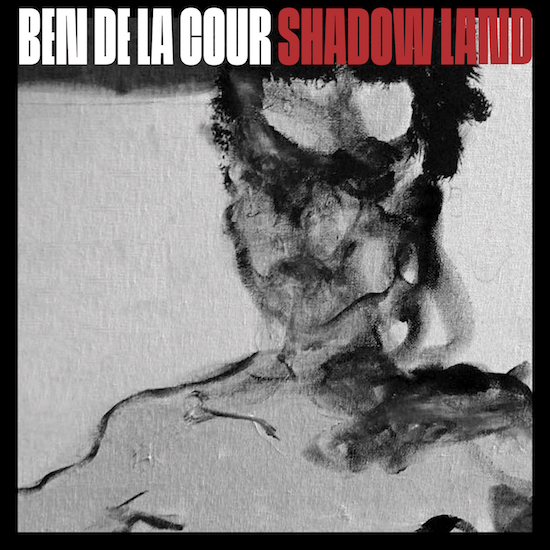