Flock Of Dimes - 'Head of Roses'

Listening to a record for review reminds me of listening to albums in my early teens. Anyone who grew up before online music will remember how you could only afford so many records, so once you had bought an album you played it over and over until you liked it. When I get an album for review, I feel that in order to do it justice I should play it at least ten times. Then I start reading about the artist, perhaps listen to a podcast, follow them on social media. And after all that I can’t help being drawn in. This is something I have now invested in, and I am bound to like it. Of course albums that grow on you are the most enduring in the long run.

This is how I got into the world of Jenn Wasner, who this week releases her second album as Flock Of Dimes on Sub Pop. Jenn is one half of indie rock duo Wye Oak from Baltimore, Maryland, whose music I am not familiar with. Wye Oak started in 2006 and have released six studio albums. Alongside this both members are involved in numerous side projects.

Flock Of Dimes’ first album, ‘If You See Me, Say Yes’ came out in 2016, and was very much a solo effort. Jenn’s original instrument is piano, but she is best known for her guitar playing. In fact, before the pandemic she was a touring member with Bon Iver, and she plays on their latest album ‘I, I’. Reverend Guitars have brought out a beautiful Jenn Wasner signature guitar (pictured). Jenn has also been in the producer’s chair, self-producing the first Flock Of Dimes album and producing Madeline Kenney’s ‘Perfect Shapes’. 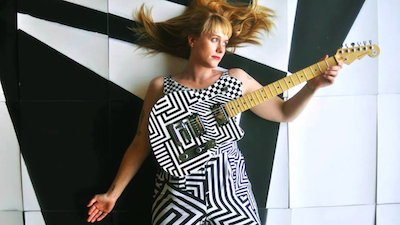 ‘Head Of Roses’ was recorded in Betty’s, a studio owned by the duo Sylvian Esso, with whom Jenn has toured. Nick Sunburn of Sylvan Esso produced the album. The studio is in Chapel Hill, near Durham in North Carolina. It was in fact Jenn’s friendship with the duo that led her to leave her native Baltimore and its celebrated music scene and relocate to Durham, North Carolina, where they already lived.

In one of the podcasts I listened to, Jenn explained how the move helped her creatively. In North Carolina, she lives by herself, which is a luxury for a songwriter. She can alternate stretches of working on music with online chores, walking and yoga. Nowadays Jenn makes music for herself, rather than trying to meet anyone’s expectations. She is not keen on the self promotion that has become a necessity for independent artists, saying she almost wished she could have a stall on a farmer’s market, to display the music she has made and leave it up to people whether they want to buy it or not!

Most of ‘Head Of Roses’ was written last year, during lockdown. The press release describes it as a heartbreak album. I would say it is and it isn’t. I hear a lot of resilience and survival spirit at the same time.

It is impossible to put a label on Flock Of Dimes’ music. The mix of styles and instrumentation, sometimes electronic, sometimes acoustic, serves the album as a whole. Despite having released singles and EPs, Jenn told Stereogum: “I’m still someone who has romanticized the album as a format. I feel like there is a specific purpose to grouping songs together as a record”.

Jenn’s distinctive voice is one of the elements that make this really varied group of songs hang together, and yet, even there, many singers came to mind as I tried to find comparisons: Beth Orton, Florence Welch, Patti Scialfa and Kate Bush.

‘Price Of Blue’ is a Big Song, both sound-wise, with some fabulously heavy guitar parts, and in length, clocking it at 6:23 minutes. The vibe reminds me of Maria McKee’s ‘Life Is Sweet’, one of my all-time favourite albums. Introducing the accompanying video, Jenn wrote on Facebook: “It is about the invisible mark that another person can leave on your body, heart and mind long after their absence. It can be difficult to make sense of the memory of your experience when the reality on the surface is always shifting—when the story you’re telling, or the story you’ve been told, unravels, leaving you with a handful of pieces and no idea how they used to fit together.”

There are videos for the songs ‘Two’ and ‘Hard Way’ as well. All these tracks will be on the A-side of the vinyl album, and they feature a full band sound with synthesizers, treated vocals and all kinds of effects. The latter half of the album is mellower and folkier.

‘Walking’ is the standout track for me. A lovely melody with melancholy jangly guitar. This seems to be someone assessing where they are after a relationship has ended: “I think I can rest easy, knowing what will be. If the present is decided then my life belongs to me. Work it keeps me busy, longing is my friend. Alone again, alone again, time it is my own again’.

‘One More Hour’ is both folk and pop at the same time. It is this song that made me think of Kate Bush. I really like Jenn’s notes about this song (on Facebook). Wise words, even though I would not necessarily have made the connection:

“This song is about getting lost in a fantasy - of another life, of someone else, or of a different version of yourself. And it's about the ways in which a combination of nostalgia and longing can make imagining the past or dreaming about the future so much more appealing than whatever present reality we happen to be inhabiting. It’s in our nature to make myths and tell stories about the events of our lives, and in doing so create a deeper meaning out of the most seemingly mundane events. But so often this interior projection can act as a distraction from presence - standing in the way of our ability to be awake to the fullness of our experience as it unfolds, making it difficult to see and appreciate the entire world of experience and sensation that’s right in front of our eyes. I’m paying attention now.”

The album closes with its title track, a ballad, and a fitting, mellow end. The song ends with a repeated refrain, as the sound builds just a little.

In the ideal world I would say that I would look forward to the chance of seeing Flock Of Dimes live, now that I have become acquainted with their music, but for the moment a YouTube link will have to suffice:

Jenn touched on the future of live music in an interview with Stereogum, when asked about North Carolina, where a music scene of sorts exists: “I have been thinking about it because, you know, if touring becomes obsolete - which I certainly hope is not the case - if global travel is less accessible or morally correct, there is going to be a lot of thought put into rebuilding these communities in physical spaces and reestablishing those limitations again. I think good things can come out of both.” 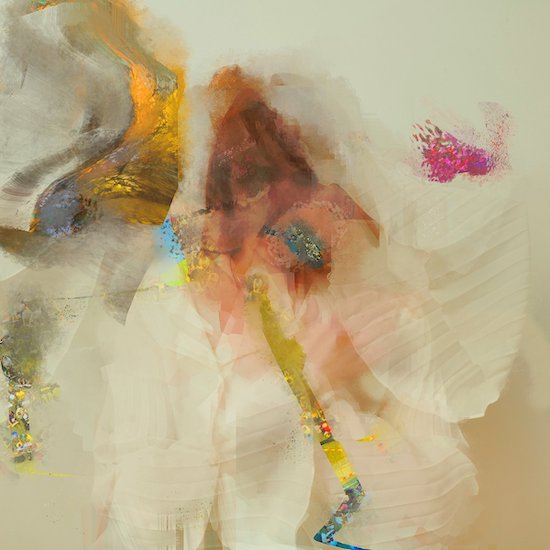