Indeed, just as you think you can parcel them up into a musical pigeonhole, they go marching – nay, swaggering – off into different territory. There’s also an undercurrent of sardonic melancholia too in each of these songs, all of which capture snapshots of wistful nostalgia that are quintessentially English.

Opener “Insufferable” is sophisticated, gleaming pop inclusive of a bright, poppy 90’s synth break . The song emotes the emotion of getting older whilst doing the same things you did in your youth.

There’s a clever juxtaposition shown here in pitching the lyric “Singing out of tune to Kanye/sitting on the night bus/drinking wine from a bag/the times we had” against the stark adult reality of “Married with a mortgage/it’s strange to think/the differences aren’t so bad”. This is all summed up nicely in the closing rhetorical line “Insufferable not miserable/what’ll we do?”

The forward-looking optimism of “Roll It Over” leads into “Oslo” which – with its hospital waiting room setting – thoughtfully ponders relationships via cleverly sprinkled emotion. “If I dared speak the language/I’d be lost in translation” sings Lucy, with an almost pleading “You know I’ll be coming back for you today”

“Otters” doffs its’ metaphorical musical and lyrical cap to Kirsty McColl (see ‘Last Days Of Summer’ on the album Titanic Days), further demonstrable evidence of the maturity of song-craft on offer here.

“Roles” is exceptional – clever, sardonic lyrics tell the story of problematic, apprehensive relationships “When you turn out the light/I’ll be watching my left side in fear/it’s not easy to throw yourself/into a role you don’t believe in”. The melancholia is complimented by an out-of-kilter fuzz-box guitar break that is beautifully unsettling in its variation.

Stand out track "Sunburn" starts menacingly with a long, slow guitar drone before introducing a pulsating rhythm. The wistful vocal intonation of Summer's lost complements the thoughtful guitar and layered chord progressions reminiscent of British Sea Power's "Great Skua" - and as a firm BSP favourite of this reviewer, I can pay no higher compliment.

“Variety Box” with its exploration of feelings arising from an abusive coupling and “Find It Out” continue that theme, whilst “Popular Band” demonstrates the band’s skill at light touch self-deprecation (or based on actual events?) “We once played an encore/But that’ll never happen again” set against a light funk backdrop.

“Miseryguts” – this reviewer’s highlight – provides a fitting closer to this accomplished album, demonstrating a serendipitous and symbiotic blend of bitter/sweet lyrics with sympathetic sonics. Alongside sweet-spot harmonies, there’s a brilliant, beautiful guitar break that caps off 4:26 of pop perfection.

Model Village’s final line in the song is “What have we done?” I can tell them – they’ve made a damn good album, that’s what. 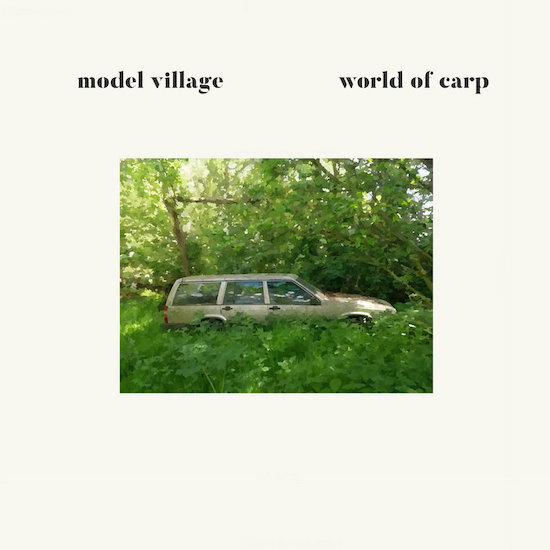