Sports are Oklahama duo Cale Chronister + Christian Theriot. They met at middle school and even at age 13 they found a bond in breaking out of conformity of their small-town surroundings; an adolescent common ground that soon translated into making music. The Sports marque came about a decade later, a name chosen simply because their parents were all massive sports fans.

Over those 10 years Chronister and Theriot were unrelenting in their non-conformist outlook, this time eschewing the norms of the music industry which would simply have demanded the release of a string of albums. Instead Sports’ catalogue comprises three EPs alongside a single full album offering, 2018’s “Everyone’s Invited”.

The most recent collection is six songs on EP “Get A Good Look - part 1”, a project that has taken a full two years to come to fruition and embodies the pair’s maturity and development, kicking off with a song ‘Call Me Anytime’ which Chronister describes as his “favourite Sports song ever” – a laid back tune with layers of trumpet over a slightly distorted vocal, complemented with a ripping guitar sound.

This is a first class set of songs fluctuating between bass heavy riffs and a funky feel, many with a sound reminiscent of Unknown Mortal Orchestra. Track two, The Look gives an 80’s feel and throughout, producer Chad Copelin does a great job of melding the warped vocal with the guitar and keyboard, particularly evident on ‘Never Know’.

The single is the aforementioned opening track ‘ Call Me Anytime’ but for me, the most striking tune is the closing number ‘Don't Get Me Started’, a statement on Chronister & Theriot’s frustration with the music industry.

No indication whether there is going to be a Get A Good Look – part 2 but if there is I for one will certainly be front of the queue to give it a listen. 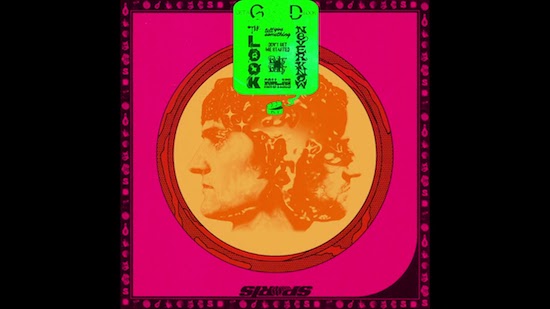