John Paul Keith - 'The Rhythm Of The City'

An album title inspired by the drumming on an Al Greene song heard by singer/songwriter John Paul Keith from a passing car in his home town of Memphis.

This is Keith’s 5th solo album and by far his most accomplished work to date. Gone is the reliance on the sixties feel that characterised his earlier work, these songs are horn heavy and all the better for it, giving an expansive soulful sound. In expressing his aim for the record Keith said “Most cities have one sound, but there are many Memphis sounds. I tried to make a record that honours that.” He certainly succeeds.

The rich soulful sound is announced in the very first horn blast of opening track ‘How Can You Walk Away’, a tunefulsong with melodic female vocal accompaniment which sets the tone for the album. ‘Love Love Love’ is an interesting choice for the second track where we hear Keith ‘going Elvis’.

It’s four songs in that the album gets truly into its stride with Keith singing “My heart beats to the rhythm of the city” a recurring refrain on the title track before moving to a languid guitar break flavoured handsomely with tenor sax.

There’s variety to be found in this collection of 10 songs, from guitar sound on ‘Ain’t Done Lovin You Yet’ to a keyboard line on ‘If I Ever Get The Chance Again’ that allows us to smell the Memphis air in our nostrils. Penultimate track ‘If I Had Money’ has a strong Blues vibe and at more than five minutes sees the guitar and horns in full flourish. The album closer ‘How Do I Say No’ shows that Keith can croon with the best of ‘em.

The Rhythm of the City will be released through Wild Honey Records on 19 February.  You can watch the video for  'How can You walk Away' here. 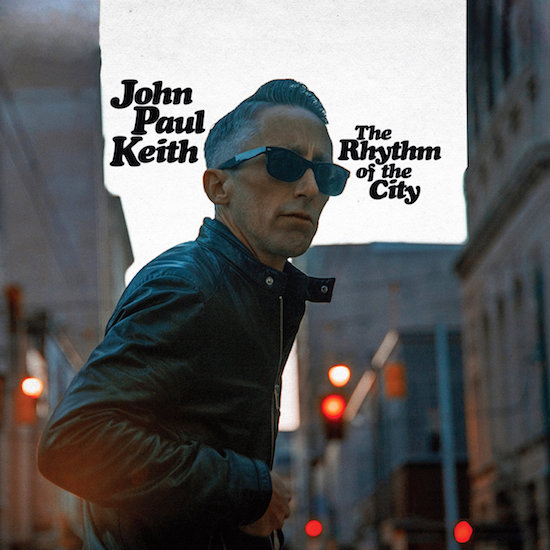