The album comes at you full throttle in the middle of lockdown and with lyrics that demand your attention. If you are keen on loud post punk music with Mark E Smith northern style vocals then this album is for you (not that the album doesn’t have its quieter moments).

The band led by Blue Dot and Kendal Calling founder , Ben Robinson, is supported by three other members including Angela Chan from Lanterns on the Lake,  with collaboration from a cast of thousands ( well a score) in what is very much, a collective effort.

Opening with a resolute bass line on the album opener 'Fuse' the scene is set for an album that rapidly moves into the first of three heavy riff heavy and likeable tracks that merge the post punk angst with both psychedelia and dance attitude .

The music then shifts down to a nineties feel on 'Frequency Fields' with the lyrics ‘This is my mantra and these are our times’ which would surely translate to a glow sticks and hands in the air late night festival moment.

The album’s pace is relentless and before you know it you have arrived at the album’s title track. As throughout the whole album Ben’s lyrics stand out as a call out for action ‘this is how we live our lives, jumpers for goalposts, coloured vinyl on windows, its character building to experiment with our lives’ and ‘when culture is your friend you have no enemies’. The track can be seen here

The album is accompanied by an audio visual release as well on 29th January following the album’s launch party on Tim’s Twitter Listening party . The album closes with a beautiful acoustic track 'Down the Line' which brings the listener down from the intensity of what has gone before.

An energetic album which overflows with creativity. A band to keep your eye on. 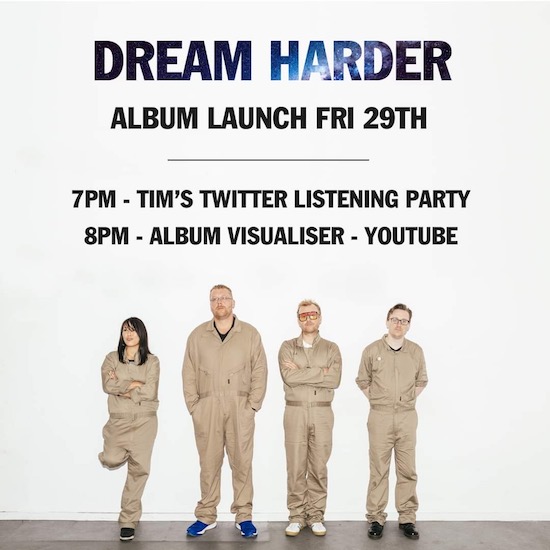