Following a first listen at a pre-release Listening Party at Vinilo Record Shop in Southampton, it is perhaps a less grandiose offering this time round from Tame Impala, but 'The Slow Rush' has  12 songs crammed with subtlety yet accessible enough to sustain interest.

Album opener ‘One More Year’ has an electro feel which weaves throughout the album but it’s the second track ‘Instant Destiny' that really announces the record’s arrival, in classic Tame Impala style. Prominent drums and hi-hat keep the song alive before the interesting synth fade out. The vocal on ‘Borderline' sounds rather like a sing-and-answer-back” lyric enhanced with some wonderful flute, whereas ‘Posthumous Forgiveness’ has a more reflective vocal with outstanding keyboard.

Tonight we were listening to the double-disc version, side two concluding with 'Breathe Deeper' perhaps the most obvious next single and the slightly more interesting 'Tomorrow’s Dust '

The opening of side 3 ‘On Track’ presents an intro of more epic proportions followed by a reversion to classic Tame Impala sound in ‘Lost in Yesterday’ before a return to a funky beat for ‘Is it True’. “If Might Be time “ opens side 4 with wistful yet punchy lyrics “You’re not as cool as you used to be” and “suddenly all my friends are growing up“ before the final refrain “If might be time to face it” with loads of electric piano Supertramp would be proud of.

Penultimate track “Glimmer” could be seen as a filler - a bass heavy intro flipping to a proggy time signature, but filler or not this tune and the preceding ten are all a backdrop to ‘One More Hour’ a fitting climax to this album. “I did it for love’ “I did it for fun’ “I did it for pain’

I suspect there was some underlying pain in the writing of this album, but it’s accompanied by love and fun aplenty. 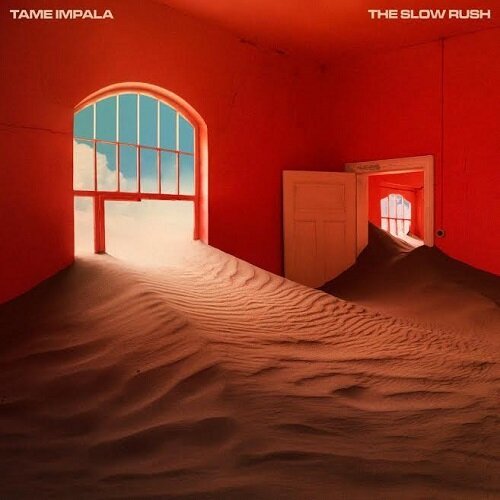