Calexico and Iron & Wine return with their first music made together since In the Reins, the 2005 EP that brought Sam Beam, Joey Burns and John Convertino together in the first place.

Whilst this is billed as a album it does only stretch over thirty three minutes which is disappointing because, the music we do have here is just gorgeous .

The three guys reconvened in Nashville for four days of recording in December 2018. Together with, Calexico trumpet player Jacob Valenzuela and frequent Sam Beam cohorts Rob Burger (Tin Hat Trio) on piano and Sebastian Steinberg (Soul Coughing, Fiona Apple) on bass, they settled in at the Sound Emporium.

This  studio was founded in the sixties by Cowboy Jack Clement and the site of countless landmark sessions in country and rock over the ensuing decades. John got chills when he found a framed photo of R.E.M. on the wall: Document was recorded there.

Eight songs on the record kick off with ‘What Heaven’s Left’ “You take my doubt and let me believe, You find the lightning in the tops of my trees” A beautiful song that I guess says, whatever your doubts, there is someone there that will list.

All the lyrics have a magical quality and there is nothing more rhythmic than a band like Calexico to make a song memorable, just like ‘Midnight Sun’ and ‘Father Mountain’ which starts "While my father built a mansion on the mountain, I was chasing my Teresa around a tree and ends "Broke a bed and bought a crib, and left the mountain mansion nothing to forgive". A life story in song.

‘The Bitter Suite’ is song on the record where the trumpet has prominence as the song grows and grows before we then gently return return to Sam’s voice on ‘Evil Eye’ "Trains leave Tennessee moaning as they roll away".

Both Sam and Joey commented on the record.

“Life is hard. Awesome. And scary as shit. But it can lift you up if you let it,” Sam offers. “These are the things Joey and I write about now. And the title can encapsulate a lot of things. ‘Years to Burn’ could mean you’re cocky, you’ve got it made. Or, our life is ours to burn, to be inspired. Or you’re burned by life, brutalized. It’s an ambiguous title, because life is complicated. Let’s not talk like teenagers about love, desire, pain, ‘cause we’re not teenagers. And that’s not a bad thing.”

“This project had to find the right time,” Joey concludes. “We’re all different people than we were in 2004, and music helps to bridge some of the gaps. For all the things going on in our world and in each of our lives, this connection, this friendship, this love that we have—this album is a vehicle for that bond. It’s a chance to see where we’re at, take stock and be there for our friends.”

So a fine record but next time, let’s have a double album! 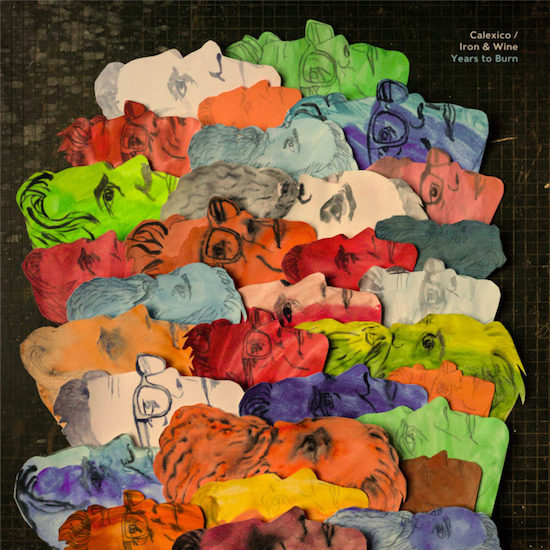