On the front cover of 'Titanic Rising' multi-instrumentalist and songwriter Natalie Mering (recording under the name Weyes Blood) is seen floating in a submerged childhood bedroom which she has described as symbolic of something internal, warm and womb-like. Initially it's the warm, comforting, internal melodies which python their way around your senses, but those melodies are always underpinned by classic songwriting which really sets this album apart, and you really should listen to it as an album to appreciate the recurring lyrical and melodic themes.

Opening track 'A Lot's Gonna Change' contains themes of comfort and loss, but strength and determination “Go back to a time when I was just a girl/ When I had the whole World/ Gently wrapped around me” and hits the sweet spot as the strings climb “born in a century lost to memories ... if your friends and your family sadly don't stick around/ It's high time you learnt to get by”. The woozy, floaty-underwater melodies continue during the intro to the stunning 'Andromeda' as do themes of strength through love and needing to saved by love, which as Natalie points out in interview is a lot to ask “Love is calling/ It's time to let it through/ Find a love that will make you/ I dare you to try.”

If that's not enough to get the lacrimal glands flowing then 'Something to Believe' will really open those floodgates as Natalie hits the chorus “Living on a fault line/ And then I—I just laid down and cried /The waters don't really go by me”. There are strong elements of Beatles-esque instrumentation which lifts this track to somewhere otherworldly. If you're not in floods of tears by this point you probably have something rock-like where a heart should be.

Tug-o-war with the heart strings is not the only trick Natalie has, 'Everyday' is a poppy zip along in a mellow Supergrass style with an ending echoing The Beatles 'A Day In the Life'. 'Movies' starts as a synth/vocal duet, the vocals rising and swelling until we crash into a Michael Nyman soundtrack of clashing strings and percussion accompanying Natalie; in her vocals you'll hear Karen Carpenter, Joni Mitchell and early Kate Bush brought together, the familiar creating something unique. There are also a couple of instrumentals, the title track and 'Nearer To Thee' which finishes the album whilst neatly tying it all together by using instrumental passages from the earlier tracks.

Classic songwriting is something which Natalie has discussed in interview “That point where jazz and classical were converging into popular songs with really eloquent lyrics you can't beat it”. A point most eloquently expressed during 'Picture Me Better' which could be a fifty year old torch song.

Combining her unique vocals, the soaring, heart-tugging melodies, the themes of strength through love and belief; in 'Titanic Rising' Natalie Mering has created something very special. 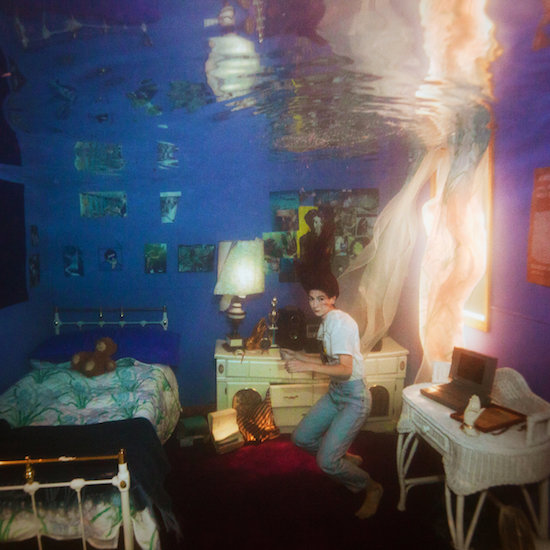