The Coathangers - The Devil You Know

Sad to say that I only came across The Coathangers last year with the release of their ‘Live’ album. One of those sort of live albums that blows your socks off,  just like at the actual gig.

Even in this digital age concerts are a way and perhaps the only way for a band to make a living. With their sixth album The Coathangers have hit the mother-lode, whilst retaining their live fire, they have produced an electric studio album of sonic punk for 2019.

Opening song ‘Bimbo’ starts off gently then the pace fires up  to the point where you start jumping around,  just like the album as a whole, it builds and builds.

By the mid point of ‘Stranger Danger’ and ‘F the NRA’ we are all disciples but, how has it taken us this long to discover such a dynamic band who have been on the road relentlessly touring over many years?

A break was taken by the band before regrouping to record this album and that seems to have given each band member a new surge of energy.

“The writing process was done with an open heart,” says guitarist/vocalist Julia Kugel. “Everything that came before had to go away. Whatever hang-up, whatever thing we were holding onto, it had to go away. And we started there, at ground zero.”

The individual members had become entrenched in their way of doing things. Julia excelled at the melodic pop songs. Drummer/vocalist Stephanie Luke belted out the gritty rock tunes and Bassist/vocalist Meredith Franco drove the post-punk and no-wave angles of the band whereas, with the new record the band as a collective have come together with their songwriting to produce their best album yet.

Eleven songs over 31 minutes rage out of the speakers, until the gentle ‘Lithium’ rounds out the record and then it’s time, to flip over the record and start again on side one!

Suicide Squeeze Records have released the album on CD, a limited run of 300 cassettes, digital formats, and an initial pressing of coloured vinyl. 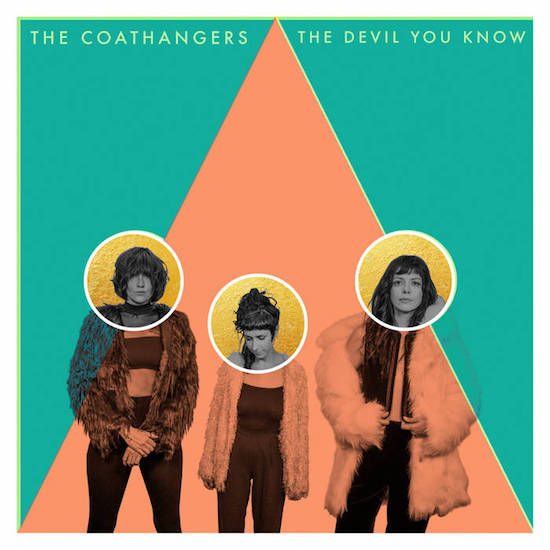