'Laws of Motion' is Karine Polwart's seventh album recorded on this occasion with long-term collaborators brother Steven and Inge Thompson. The multi-award wining Karine covers a variety of themes on this new release including the fear of nuclear war, child refugees, migration and the current President of the United States.

'I Burn But I Am Not Consumed' is the track in question which relates the 1930 emigration of Mary Ann Macleod from the Outer Hebrides to the United States, her son Donald “reclaiming” his Scottish heritage and the ancient rocks of his mother's homeland. In the spoken word intro Karine adopts the voice of the rocks of the Hebrides “Three billion years of gravity/ of strata forged in fire and earth ... I am alive I am tomb. I burn but I am not consumed.” they will remain long after all memory of his time have faded.

Themes of war run through several tracks. There's a moving version of Sydney Carter's anti-war 'The Crow on the Cradle'. The final track 'Cassiopeia' cuts excerpts into the song from the Cold War era UK government broadcast advice in the event of nuclear war 'Protect & Survive' (which I vividly remember being terrified whilst watching); Karine's character proposing to use the jam cupboard as a fall-out shelter and asking "how far is it from Leningrad to Bonnybridge" ? “We are going to be survivors” is the determined coda.

Karine's distinctive Scottish burr rings clear throughout this powerful and excellent album which tackles some big themes, but due to the cleverness of the writing and performance delivers them with a warmth and a relatable human level. 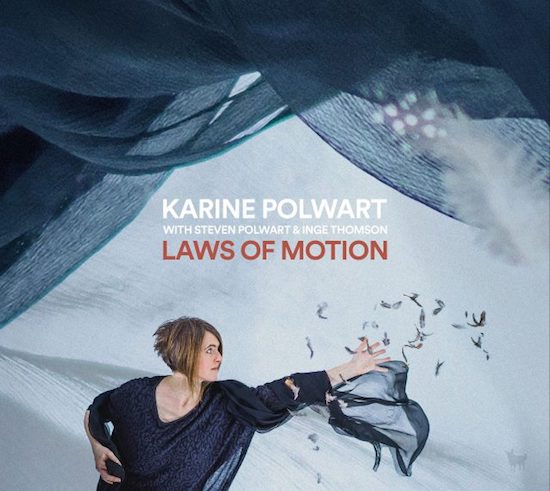