Gilmore & Roberts – 'A Problem Of Our Kind'

'Gauntlet' takes us to the 1818 case of Ashford vs. Thornton. Abraham Thornton the main suspect in the drowning of Mary Ashford used his right to trial by fight which was refused so Thornton was cleared. Mary Ashford's killer remained not trialled and the right to trial by battle was abolished. An early example of # MeToo perhaps?

We are brought back to date with 'The Smile & The Fury' based upon the photo of Saffiyah Kahn smiling onto the face of an EDL member in Birmingham in 2017 “The paralysing power in the calmness of her smile...../ Standing up against the provocation.”

The movingly tender 'Things You Left Behind' is dedicated to Katriona's aunt Pauline “But love and loss are always intertwined and wrapped round all the things you left behind.” and 'Just A Piece Of Wood' written about her relationship with her violin.

Their playing is as brilliant and inventive as ever; the countryish 'Just A Piece of Wood', the Celtic rhythms in 'The Smile & The Fury', the fiddle playing on 'Average Joe' and 'Gauntlet' and Jamie's beautiful guitar on 'From Night Till Morn'

'A Problem Of Our Kind' is a further advancement in Gilmore & Roberts' musical career still living with the folk tradition of strong storytelling but demolishing what you think you known about folk music. 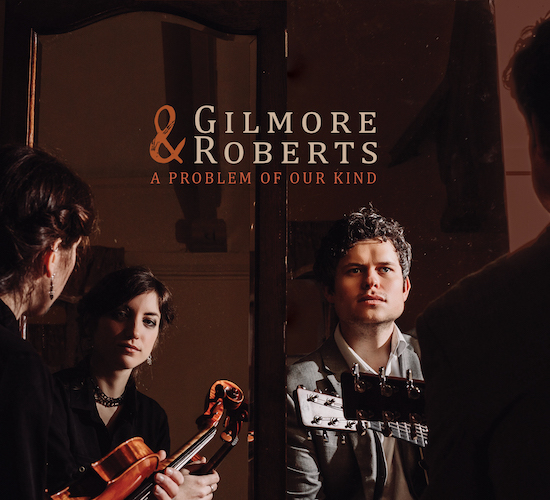