September Song comprises the recording artists Steve Hogg and John Douglass. Their own ‘umbrella’ label, Sons Of Art was set up in the 1980s initially to release the debut single from a previous incarnation, Kid Sinister - the 12” single, 'Sugar Rae', has since become a collector’s item, in Japan and Germany. Having been signed previously to Atlantic Records, Kitchenware and EMI, the pair revived the label in 2005 and it is now home to all their musical output, including previous albums and rare and unreleased demos from other projects including; Kid Sinister, Wushcatte, Widescreen, Augustine as well as various solo projects.

'Two Miles Out' began in the summer of 2018 and was completed in the summer of 2021; post Brexit, post-Trump and pre-pandemic. Where the last album, 'The Arrogance of Time', was personal and reflecting on the ‘seven ages of man’, 'Two Miles Out' started off as a reflective on global events, but ended up introspective once more. Maybe the best way to solve the world’s problems is to start at home, ‘physician heal thyself’?

“As a songwriter I used to make myself crazy in order to write, now I keep myself sane (ish) by writing.”

Since the last album John has also visited the birthplace of his ‘religion’, Sun Studios in Memphis, whilst also soaking in a bit of Nashville and New York, all great music cities. Back home in Bristol, the pair decamped to J&J Studios, run by Jim Barr (Portishead)

'New York Getaway' is the first single to be released from the album of which John says:

“As a visitor, New York is at once a nostalgic and modern city. The first glimpse of the lower Manhattan skyline across the Hudson River, is one I’ll never forget or tire of. (The first time I saw it was with the magnificent Twin Towers) Already so many great New York songs but I hope there’s room for one more! ....I’ve always loved the line ‘and I would trade all my tomorrows for a single yesterday’ from Me & Bobby McGee by Kris Kristofferson, and that inspired the idea behind .. ‘Yes I would trade a memory or two, Like a Broadway show, For one more New York Winter’” 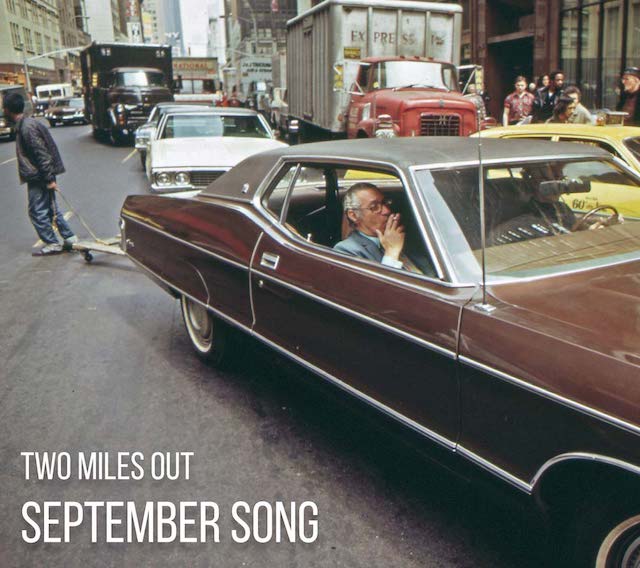